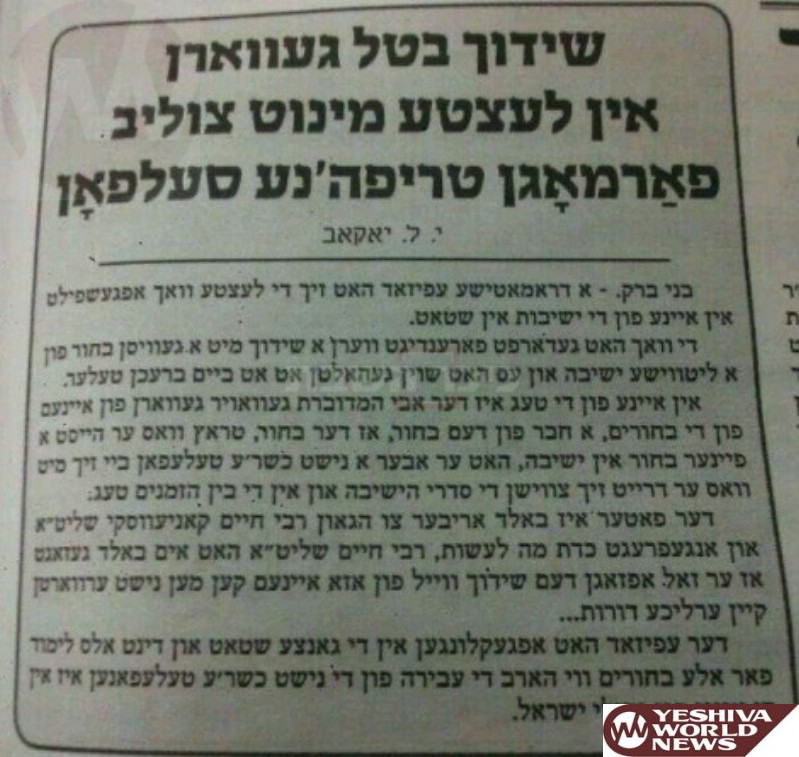 A sign has recently been posted in the home of HaGaon HaRav Chaim Kanievsky Shlita informing visitors one may not enter with a smartphone.

Kikar Shabbos News carries a Yiddish newspaper article from abroad which reports that Rav Kanievsky instructs a family to break a shidduch after learning the chosson, a talmid yeshiva attending a Litvish yeshiva, had a non-kosher phone in addition to a kosher one.

While the chosson was selected as being one of the top talmidim in the yeshiva, the father of the kallah learned the chosson uses a non-kosher phone during bein hazmanim and between sedarim. The father sent a family member to Rav Kanievsky asking what to do. Rav Kanievsky is quoted saying “Leave the shidduch”, adding “לא ייצאו דורות כשרים” from such a young man.

Kikar adds it probed the incident and learned it is unusual, for Rav Kanievsky will generally instruct using ‘Darchei Noam’ to have the chosson abandon the unauthorized phone rather than breaking a shidduch and if this does not work, then one may break a shidduch.