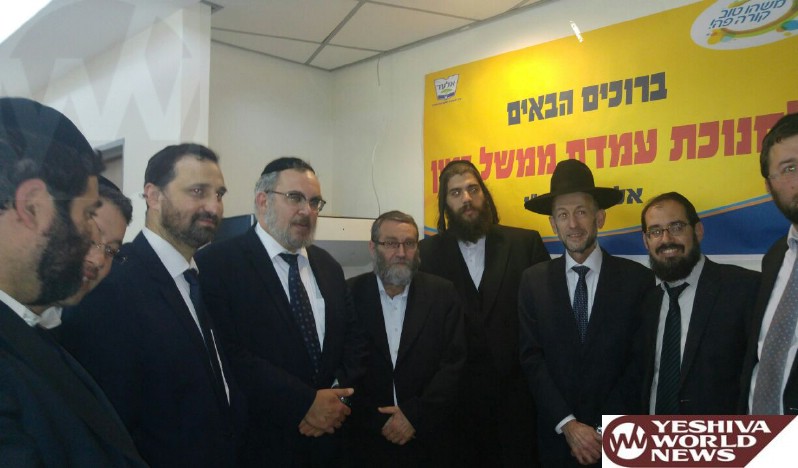 MKs (Yahadut Hatorah) Moshe Gafne, Uri Maklev and Asher Weiss visited Elad ahead of Rosh Hashanah, met in City Hall by Deputy Mayor Menachem Shapira. The MKs were taken for a tour of the chareidi community by Mayor Sruli Porush and Degel Hatorah representatives on the city council.

The began in the archeological part in city center where a new agricultural school is going to open to teach farming. From there they headed to see more of the city using the new entrance that was paved recently and expected to be inaugurated in the coming weeks.

They were shown technological advances in the city that are geared to facilitate access to city officials by residents. This includes ATM type devices around the city, ‘’ממשל זמין’’, E-government. This permits residents to receive certain permits from the city as well as probing entitlement for assistance in certain area, filling forms, making payment and more.

A meeting was held in the mayor’s office in which they were given a briefing of current events of interest to the visiting parliamentarians. Gafne, who chairs the Knesset Finance Committee pledged his continued support of the city along with that of Degel Hatorah. His message was more or less echoed by his colleagues both in the physical and spiritual spheres.