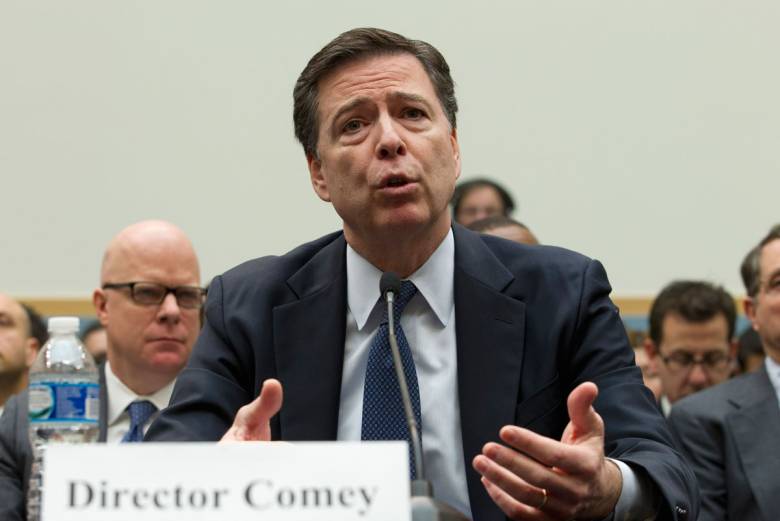 Republican lawmakers may question the decision not to prosecute Hillary Clinton for using a private email server as secretary of state, but they should not question the investigation’s thoroughness, FBI Director James Comey said Wednesday as he again defended the agency’s actions.

“You can call us wrong, but don’t call us weasels. We are not weasels. We are honest people, and we did this in that way,” Comey said under hours of questioning at a House Judiciary Committee hearing. “Whether you disagree or agree with the result, this was done the way you would want it to be done.”

Republicans grilled Comey on the FBI’s year-long investigation into the potential mishandling of classified email, which concluded in July when the FBI recommended against prosecution and the Justice Department closed the case. They demanded to know why multiple key witnesses had been granted some kind of immunity, questioned him on his interpretation of the key felony statute at issue and argued that the outcome revealed a double standard in the treatment of powerful public figures.

But Comey, who has repeatedly sought to explain the FBI’s decision making, again said that the case was not a close call and insisted that no one else would have been prosecuted for the same acts — even if they might have gotten into trouble with their employer.

Republicans were not assuaged, arguing that Clinton, the Democratic presidential nominee, illegally mishandled classified information. Committee chairman Bob Goodlatte of Virginia contended that Clinton had played “fast and loose with national security” and said it defied logic that she could escape prosecution. Rep. Lamar Smith, of Texas, suggested that the FBI reopen the investigation in light of what he said were “several new developments.”

Rep. John Ratcliffe, R-Texas, insisted that the fix was in from the start, asserting that the decision not to prosecute was made even before Clinton was interviewed in early July — a claim Comey vigorously denied.

GOP panel members repeatedly pressed Comey on his acknowledgment that multiple witnesses had been granted some form of immunity. They also voiced concern with the number of people who had been in the room with Clinton during her July FBI interview.

Comey said agents granted immunity to Cheryl Mills, Clinton’s former chief of staff, because they wanted to inspect her laptop as part of the investigation. The immunity deal was limited to information contained on her laptop, Comey said. Another of the witnesses given immunity was Bryan Pagliano, the tech expert who set up Clinton’s email server.

House Republicans had considered a resolution finding Pagliano, who has declined to answer questions from lawmakers, in contempt of Congress but have postponed that for now.

Comey said he believed some form of immunity had been given to five witnesses, and that the actions were “fairly typical in a complex white-collar case, especially as you try and work your way up towards your subject.

“So my overall reaction is, this looks like ordinary investigative process to me,” he added.

On another topic, Comey said the FBI will have up and running within two years a database that tracks instances of police use of deadly force,

The database is intended to capture how often police officers kill citizens in the line of duty and to correct a record-keeping gap that Comey said has resulted in uninformed conversations, based on anecdotes and not facts, about use of force. Demands for more complete records have grown in the past two years amid a series of high-profile deaths at the hands of police officers.

In the absence of hard data, Comey added, “I can’t tell you whether shootings involving people of any different color are up or down or sideways and nor can anybody else in this country.”

Wednesday’s hearing was the second time in two days that Comey faced questions from members of Congress.

On Tuesday, GOP senators on the Homeland Security and Governmental Affairs Committee pressed him on whether anything could have been done differently to prevent recent acts of extremist violence, such as the Orlando nightclub massacre or the Manhattan bombing. Comey told senators that the FBI is transparent about mistakes, but under questioning from Republicans, he did not agree that anything different should have been done.