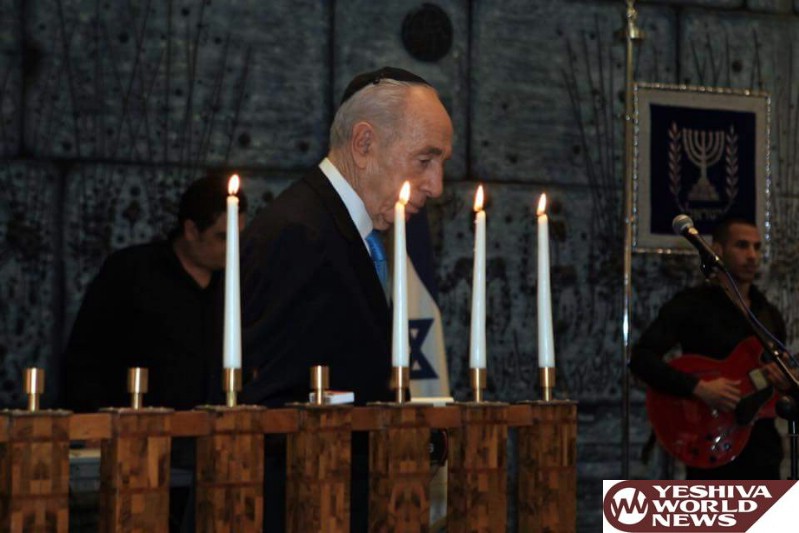 Minister of Culture & Sport Miri Regev made the following remarks on Wednesday, 25 Elul, at the start of the meeting of the Ministerial Committee on Symbols and Ceremonies:

“We are officially convening the ministerial Committee on Symbols and ceremonies, which today mourns the passing of former President and Prime Minister Shimon Peres. We are preparing for a very large and complex funeral that will coordinate very many elements. Here today is the Director General of the Foreign Ministry and the Jerusalem District Police commander, as well as representatives from the Defense Ministry, Knesset, and the Prime Minister’s Bureau, among others. We are, in effect, working to coordinate the entire effort.

“I would like to thank Minister Ofir Akunis and Minister Sofa Landver, who are present as members of the committee. We will work under the ‘Havatzelet’ protocol to facilitate a respectable funeral that will allow the citizens of the country and the world leaders who will arrive to pay proper respect to former President Peres. Therefore, as soon as the committee votes on its decisions, everyone will go to work in his area and we will meet from time to time on a more reduced basis to oversee coordination.

“There will be several centers: The airport, to which the leaders will arrive. The second center is the Knesset. The third is Mt. Herzl, including the interment itself.

“There are many elements here that we will need to coordinate so that everything goes smoothly and respectably, despite all the constraints we are under and the complexity of the event. There is also, of course, Shabbat that we must take into account and see that we finish on time so that all of the police and other elements working on the event can return home in time for Shabbat.”