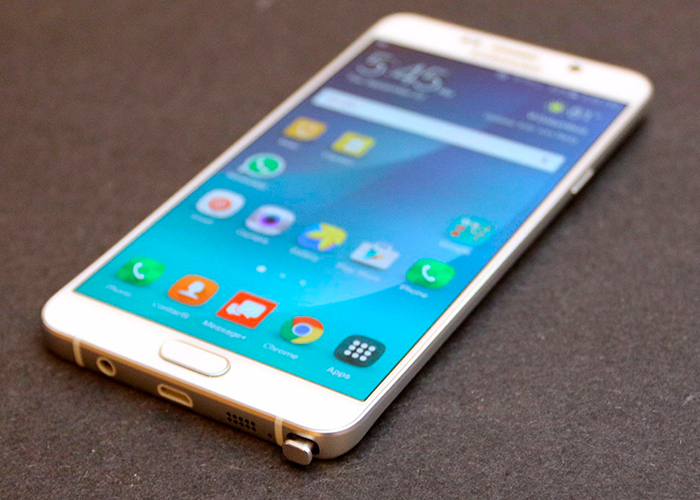 Samsung is suspending production of its Galaxy Note 7 replacement phones after more reports of fires, according to news reports in Korea and the U.S.

The major U.S. carriers, Verizon, AT&T and T-Mobile all announced their own suspension of sales or exchanges of the troubled device, which is having one of the worst rollouts of a tech product in recent memory.

Samsung spokeswoman Jee Hye-ryong said the company was “temporarily adjusting the Galaxy Note 7 production schedule in order to take further steps to ensure quality and safety matters.” Samsung has not commented on stories attributed to unnamed sources published by Korea’s Yonhap News Agency and the Wall Street Journal that it was suspending production entirely.

But announcements from the major U.S. cellular carriers indicated they were taking reports seriously of at least eight fires in replacement models.

And the publicity alone is likely to prove deeply damaging. “Samsung needs to face reality: The Galaxy Note is done for,” said a headline in Recode. “The Note 7 isn’t going to get a third chance.”

The development is the latest blow for Samsung, the South Korean electronics giant that has seen its hopes of competing with Apple’s iPhones go up in a literal cloud of smoke.

“While Samsung investigates multiple reports of issues, T-Mobile is temporarily suspending all sales of the new Note7 and exchanges for replacement Note7 devices,” said a press release from T-Mobile.

“Based on recent reports, we’re no longer exchanging new Note 7s at this time, pending further investigation of these reported incidents,” an AT&T spokesperson told FORBES.

Korea’s Yonhap News Agency reported eight cases of fires in replacement phones, five in the U.S., one in South Korea and another in Taiwan.

Yonhap said the incident in Korea was determined by a laboratory test to have been caused by a “strong external shock or being squashed.”

It quoted an unnamed source at a Samsung supplier saying production was being suspended.

The Verge reported that one of the five U.S. fires occurred when a Houston, Texas, man was at lunch with his daughter who had placed the phone on a dining table. Daniel Franks told The Verge that his 8-year-old often plays Minecraft on the phone and wondered what could have happened if she had been holding it or if it had been in his pocket.

A Samsung phone, a replacement model for the defective ones, caught fire and grounded a domestic flight on Wednesday in Louisville. There were no injuries but the Southwest flight to Baltimore was evacuated: “According to Eyewitness News 5 in St. Paul, a 13-year old girl, Abby Zuis “says she felt a ‘weird, burning sensation’ in her thumb while holding her Galaxy Note 7 Friday afternoon. The phone, which has significant smoke damage and burn marks, melted the protective cover. Zuis says she suffered only a minor burn to her thumb. ‘It felt like pins and needles except a lot more intense,’ she told the station.

“Andrew Zuis, Abby’s father, says the phone is a replacement for the Galaxy Note 7 that was recalled last month.”

And a Kentucky man told WDRB TV that he “woke up Tuesday morning because of a hissing sound” and discovered his bedroom filled with smoke coming from a replacement Galaxy 7 a week after he got it.

“The phone is supposed to be the replacement,” he told the station, “so you would have thought it was safe. It wasn’t plugged in or anything, it was just sitting there.”

Samsung’s troubles began shortly after the debut in August of its latest smartphone model, with reports and online images of burned phones sufficiently severe as to prompt some airlines to bar passengers from turning them on.

On Sept. 17, the U.S. Consumer Product Safety Commission issued a recall of Samsung Galaxy Note 7 phones because their batteries displayed an unfortunate inclination to catch fire and, at times, explode. (The company had issued a voluntary recall on Sept. 2.)

Though advertisements claimed the phones were “designed to be a key that opens the door to new experiences on the go,” they have proved to be liability since their Aug. 19 release.

At the time, the commission stated that the phone’s batteries were linked to “26 reports of burns and 55 reports of property damage, including fires in cars and a garage.”

In one instance, a car was “fully engulfed in flames” after a phone caught fire. In another, a man sued the South Korean company after allegedly suffering severe burns on his right thigh and left thumb when his phone exploded.

It then began a replacement program for all phones sold prior to Sept. 21.

“Like pretty much all batteries, lithium ion batteries work by storing energy and releasing it through controlled chemical reactions. A lithium ion battery has two electrodes – places where electricity can enter or leave the battery. One electrode, called the anode, is filled with negatively charged ions. The other electrode, called a cathode, contains positively charged ions and lithium. You can think of the anode and the cathodes like the plus and minus signs you often see on batteries.

In Samsung’s case, it appears a manufacturing error caused that separator to fail.