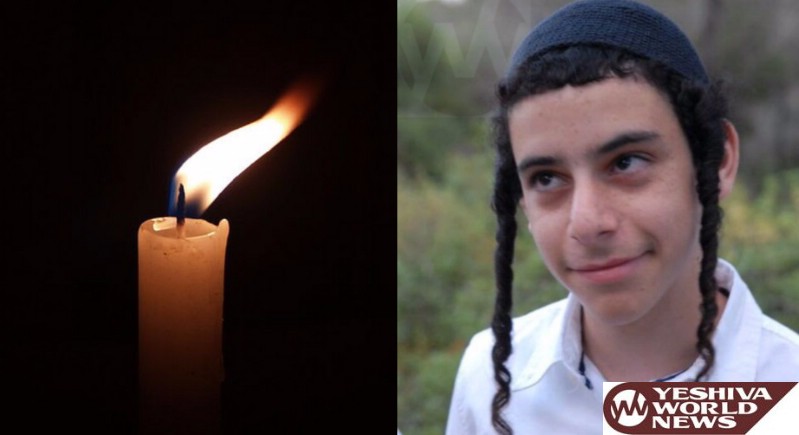 Tragedy struck the family of the northern district of ZAKA as members learned of the tragic death of 18-year-old Yoel Netzani z”l, a son of the rav of the Breslov community in Maalot Rabbi Oded Nitzani, an area ZAKA volunteer. Yoel was killed during vacation on erev Shabbos, 26 Tishrei.

According to the Foreign Ministry report, Yoel was in a cabin on the Sinai coast and tried to address a power outage during a storm while his feet were wet. He was R”L electrocuted, gravely injured, and later pronounced dead in a Sinai hospital.

The Foreign Ministry assisted the family in expediting official identification of the body to permit bringing it back to Eretz Yisrael for a timely levaya.

The levaya began on Sunday, 28 Tishrei at 12:30PM. Kvura in Har Menuchos. He was interred next to his brother Avraham Nachman HY”D, who was killed in a terror attack near Emanuel in the Shomron 15 years ago.