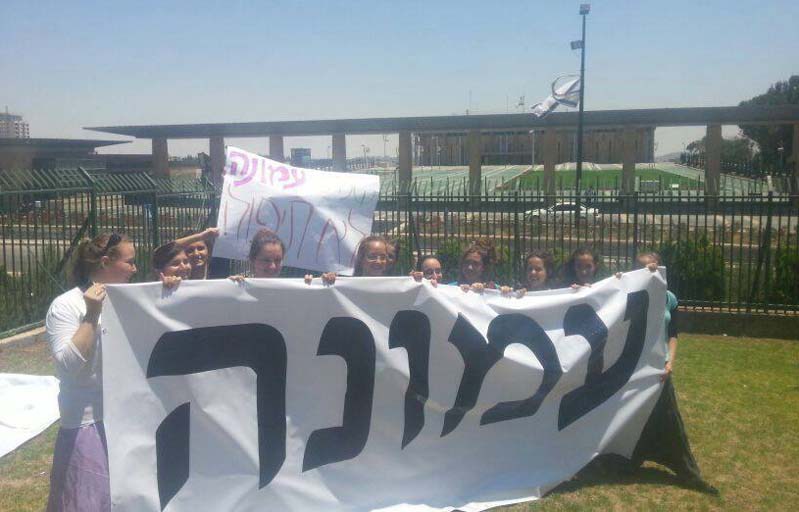 All efforts to persuade residents of Amona to agree to being relocated at the government’s expense have failed as the residents remain adamant – insisting they remain in their current homes in the current location, adjacent to Yishuv Ofra.

A High Court ruling compels the government to expel the residents of Amona again and demolish the community by the end of 2016. The government has made numerous offers to residents to agree to relocated to another venue, promising they would receive a large improved community as compensation but the deal has been rejected repeatedly.

The offer presented to the residents is to relocate further north in the Shomron, to the area of Shvut Rachel, near Tapuach Junction. Also, opposed to the plan are Foreign Ministry officials, who explain such a move is contrary to international law and this would result in significant issues for Israel in the international arena, Haaretz reports. The officials in the ministry are quoted explaining during a meeting that took place in the presence of Attorney General Avichai Mandelblit that relocating Amona during the period between the US presidential elections (November 8, 2016) and the swearing-in of the next president (January 20, 2017) would pose problems for Israel with the UN Security Council as well as in the international legal arena.

Another reason given is the US government has already expressed opposition to the plan, which Washington views as being a violation of commitments made to the White House by the Israeli administration; namely a commitment by PM Binyamin Netanyahu to President Barak Obama that Israel will not expand or establish a new community in Yehuda and Shomron.