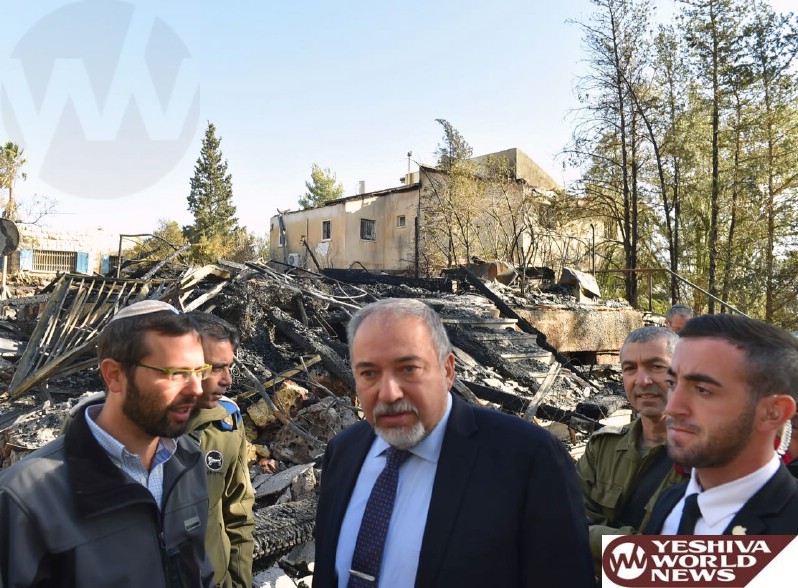 Defense Minister Avigdor Lieberman on Sunday, 26 Cheshvan visited the Shomron community of N’vei Tzuf, which suffered serious damage over Shabbos due to Arab arson terror. Over a dozen homes were totally destroyed and many others damaged, as well as infrastructure and public areas of the community.

The senior minister stated “We are dealing with 120 instances of fire. All of the security forces including police and the fire service are busy with these 120 instances. In 17 cases, it can already be stated without a doubt the fires were arson. Regarding the others, we are still uncertain”.

The minister added “We do not speak in terms of revenge but rather in terms of building and rehabilitating the community. This must be done as quickly as possible and certainly not just to restore, but to expand the community – the true response is expanding the settlements”.

Lieberman thanks all the agencies involved in battling the fires but made special mention of the IDF, citing in the case of the community, soldiers were first on the scene and assumed control. He explained that in the recent wave of fires, the IDF sent 3,000 soldiers to the Public Security Ministry’s authority to assist wherever needed including 700 reservists from the Homefront Command. The IDF also sent 33 firefighting units from air force bases, all taking part in the combined effort. He also praised the nations’ National Emergency Authority.

When asked if he would permit new construction in the community which is not part of a so-called settlement bloc, Lieberman explained “We are speaking about rehabilitating the community and rebuilding that which was destroyed. I do not wish to mix one simcha with another. We are not speaking politics at present. The government is doing all it can to expedite a solution for Amona and I am confident that a solution will be found”. 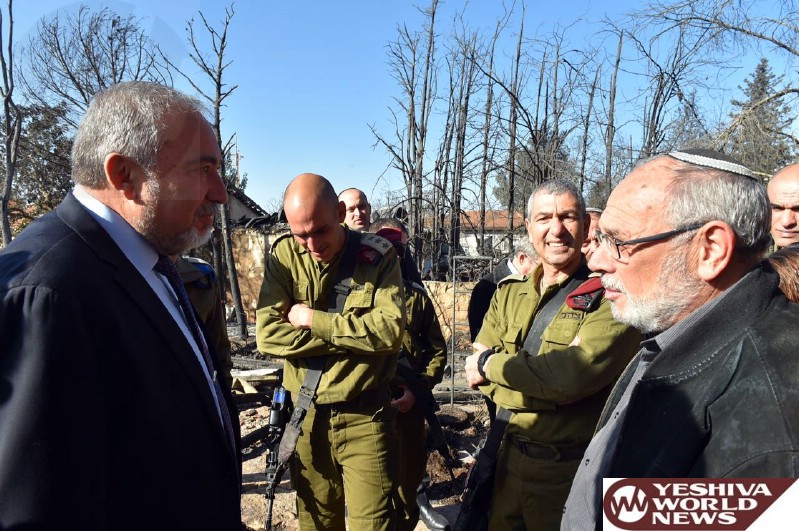 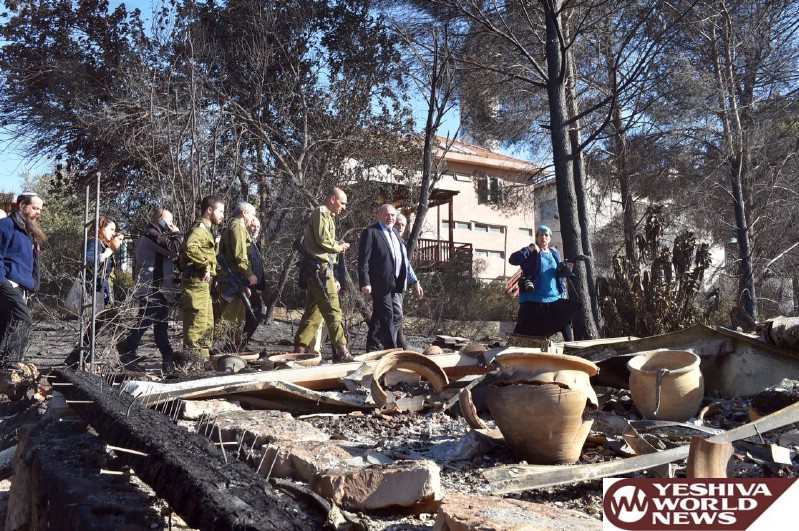