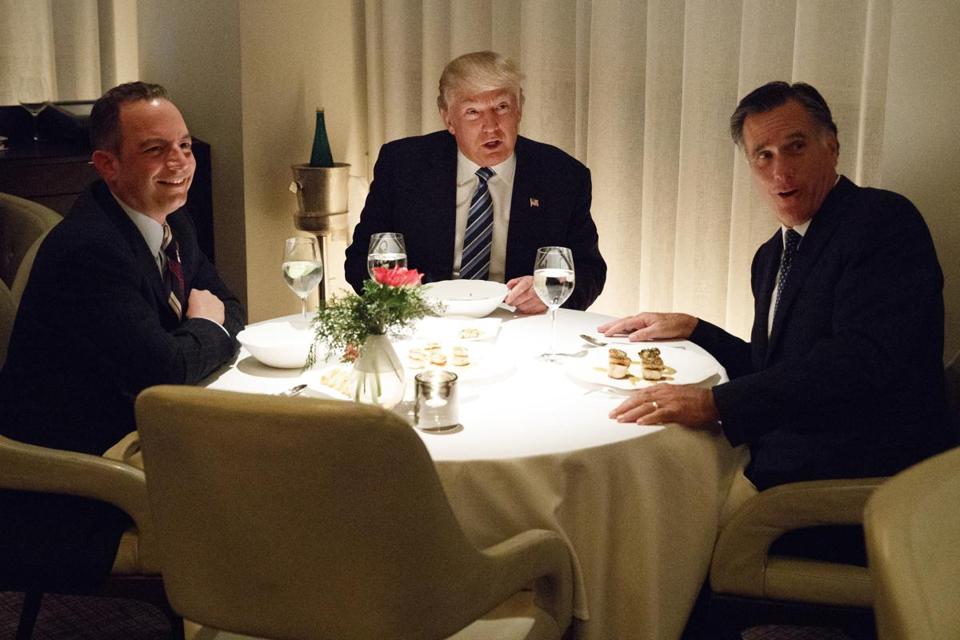 Mitt Romney is praising Donald Trump, saying he has “increasing hope” that the president-elect can lead the country to a “better future.”

The 2012 Republican presidential nominee dined with Trump in Manhattan Tuesday night. It was their second meeting as Trump weighs whom to appoint as Secretary of State.

Speaking to reporters after the meal, Romney offered a glowing review of Trump’s transition thus far and his winning campaign. Romney notes that “it’s not easy to win,” adding that Trump offered a vision that “connected with the American people in a very powerful way.”

Romney was sharply critical of Trump during the campaign, calling him a “phony.” But the former Massachusetts governor has been mending fences with Trump since his victory.