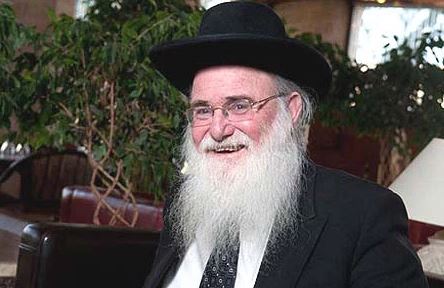 Dayan Rabbi Avraham Sherman has come out against modern Orthodox rabbonim in the United States including Rabbi Yechiel Lookstein and Rabbi Avi Weiss. Speaking to Kol Chai Radio, Rabbi Sherman referred to them as “kofrim” and refuses to accept their giyorim. His interview comes at a time during which the Chief Rabbinate Council is discussing the matter of conversions performed in the United States. One of the procedural issues being probed is if the rabbis investigate each and every case individually or give a blanket approval for conversions.

In the case of Rabbi Lookstein, he serves as a Vice President of the Beis Din of America, which supervises conversions. It is Rabbi Lookstein who is responsible for the conversion of Ivanka Trump.

Speaking with the dati leumi Kipa website, Rabbi Lookstein expresses surprise over issues surrounding his conversions. He explains his involvement in the rabbonus for 58 years and how his reputation speaks for itself – puzzled by the fact the Chief Rabbinate of Israel does not automatically accept his converts.

Rabbi Avi Weiss is seen by many a controversial for his ultra-libertarian practices and splitting from mainstream modern Orthodox Judaism. The Chief Rabbis back in 2013 announced they would no longer accept conversions with Rabbi Weiss signature but backed down under the threat of legal actions.

The Chief Rabbinate is now working to formulate new regulations that will govern acceptance of a convert. Rabbi Sherman spoke out ahead of this forum meeting about the rabbonim mentioned above. Rabbi Sherman insists Rabbi Lookstein, who converted Ivanka Trump, released piskei Halacha that contradict Shulchan Aruch.