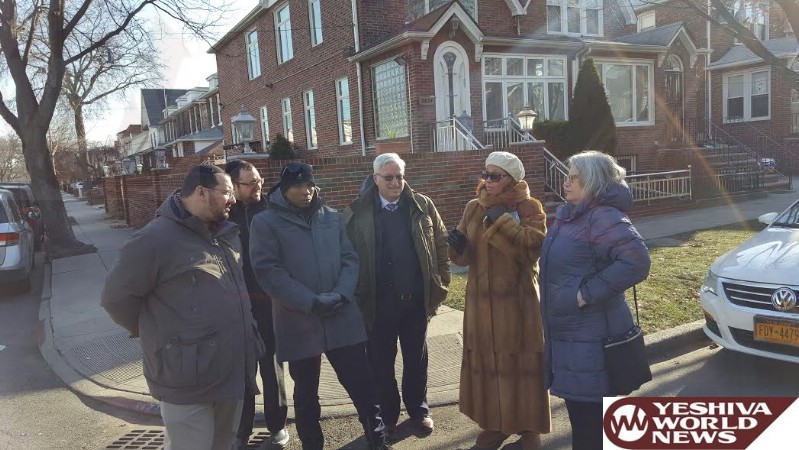 Assemblywoman Helene Weinstein and Councilman Alan Maisel are urging the NYC Department of Transportation to hear the pleas of local residents calling for the installation of traffic controls along Avenue P between East 36th Street and Flatbush Avenue. The push for an expedited fix comes after a young boy, waiting for his school bus, was hit by a truck at Ryder Avenue, leaving him with a fractured skull and a ruptured spleen.

Assemblywoman Weinstein arranged for DOT Deputy Borough Commissioner, Claudette Workman to visit the site, and reiterated the need to prevent another tragedy or fatality. Ms. Workman, who was filming vehicles as they sped well over double the legal 25 miles per hour speed limit, wholeheartedly agreed there are grounds for intervention, which may include the installation of speed bumps, day-lighting on selected corners, all-way stop signs, and at least one traffic light along the corridor. The Assemblywoman thanked the DOT for their renewed attention and concern, despite a study conducted this Spring, which denied requests for traffic controls at the location.

Councilman Alan Maisel, Yosef Segal – Executive Director of the Jewish Community Council of Marine Park, and Nachman Mostofsky – a local resident behind an online petition that garnered over 1000 signatures in just a few days – were on hand as well.