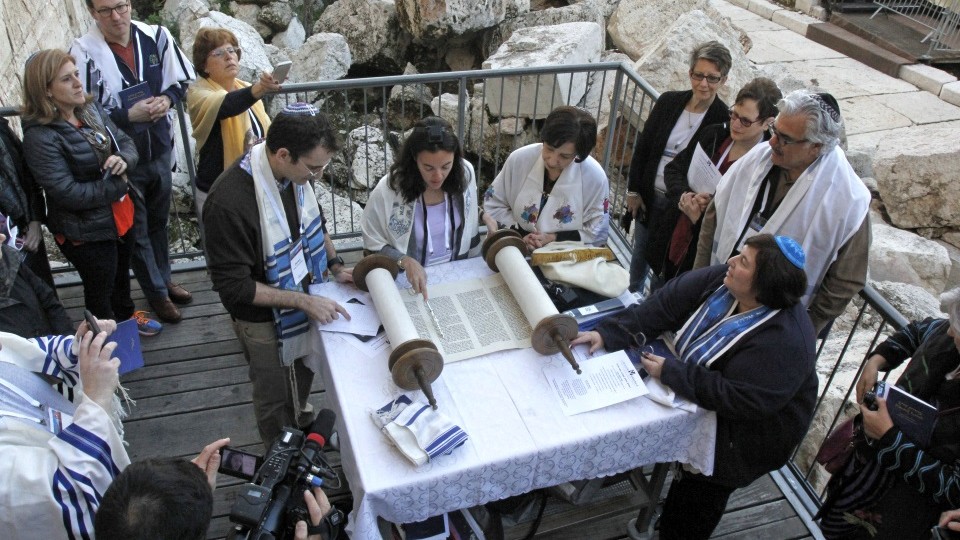 A stormy session of the Knesset Lobby on Religion & State addressed two very controversial issues; accepting giyur from abroad as well as the egalitarian prayer area at the Kosel.

Opening the session was the co-chair, MK (Yesh Atid) Elazar Stern, who acknowledged the sensitive nature of the matters on the agenda. Stern expressed disappointment that coalition members did not bother to attend the session, pointing out he feels if ties between Israel and Diaspora Jewry were stronger, the UN Security Council last week would not have passed Resolution 2334. Joining in was Yesh Atid colleague and another co-chair, MK Aliza Lavie, who had harsh words for Prime Minister Netanyahu’s policies and his “betrayal” of Diaspora Jewry.

Coming to the defense of PM Netanyahu was Jewish Agency Chairman Natan Sharansky, who pointed out it was Mr. Netanyahu who initiated the dialogue on an egalitarian prayer area, adding no one is more keen on the importance of the relationship between Israel and Diaspora Jewry than Netanyahu.

Sharansky explained he was at the Sunday cabinet meeting where he explained about Reform and Conservative Judaism. Sharansky opines most secular MKs and cabinet ministers are clueless regarding Reform and Conservative Judaism, and this ignorance is what is preventing the plan for the egalitarian prayer area. “There is an ignorance one doesn’t expect” added Sharansky, stating the lack of knowledge about liberal Judaism is the problem at hand. He explains most are unaware the Reform Movement is not a fringe group but those who label themselves “liberal Jews” number 3 million word wide.

A number of rabbis affiliated with the Reform and Conservative from both Israel and the United States addressed the forum, stating many more would make aliyah if only they could live “a full Jewish life” but today, this is not so.

It is pointed out that 4,000-5,000 persons convert annually via the Chief Rabbinate of Israel. On the other side, there are some 400,000 persons living here viewed as “not halachically Jewish” and they give birth to 4,000-5,000 children annually, hence a zero-sum-game.

Israeli demographer and statistician Sergio DellaPergola predicts that by 2030, the majority of world Jewry will be living in Israel while today, that figure stands at about 45%.

Former Shas MK Rabbi Chaim Amsellem was also there, commenting that there are some who are stringent when it comes to giyur, which in turn becomes an easy path to assimilation.

Itim head Rabbi Seth Farber, who deals with giyur, added the regulations for giyur are becoming increasingly stringent in Israel and the “Chief Rabbinate of Israel is building walls and not a bridge”. He added that in the eyes of Itim, “giyur is not a problem but rather a solution”.