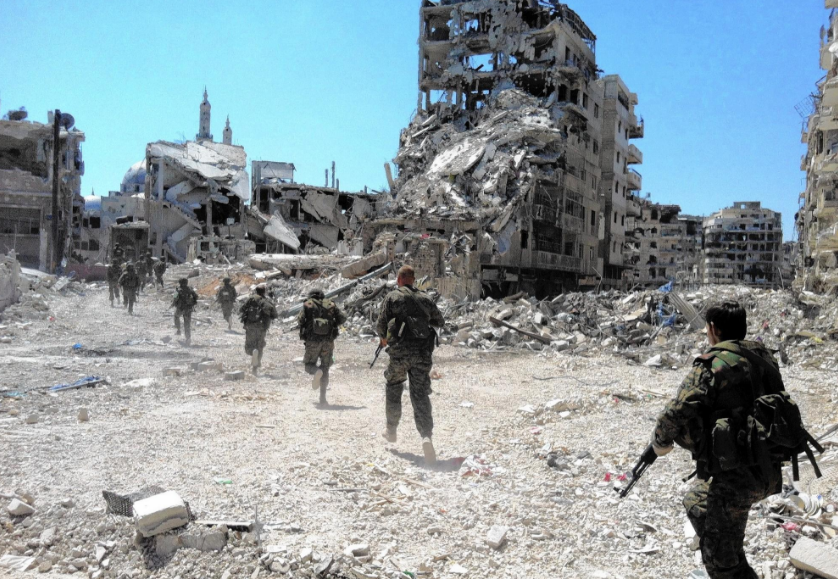 Russia’s president and the Syrian army said Thursday that a nation-wide cease-fire agreement has been reached with opposition rebels, set to begin at midnight. The deal was confirmed by the Turkish foreign ministry.

Vladimir Putin said the cease-fire, which excludes extremist groups such as the Islamic State group and al-Qaida affiliate, will be guaranteed by Russia and Turkey. He said it will be followed by peace talks between Syrian President Bashar Assad’s government and the opposition, and that the Syrian parties would take part in talks to be held in Kazakhstan, without specifying a date.

Syria’s military said it agreed to a nationwide cease-fire starting at midnight, adding that it paves the way for reactivating negotiations to end the conflict. It said the cease-fire comes after the “successes achieved by the armed forces,” an apparent reference to the capture of rebel-held neighborhoods of Aleppo earlier this month.

Russian Defense Minister Sergei Shoigu said the truce will include 62,000 opposition fighters across Syria, and that the Russian military has established a hotline with its Turkish counterpart to monitor compliance.

Foreign Minister Sergey Lavrov said that that President-elect Donald Trump’s administration will be welcome to join the Syrian peace process once he takes office.

Russia is a key ally of Assad, while Turkey is one of the main backers of the opposition. Several previous attempts to halt the civil war have failed but the recent warming of ties between Turkey and Russia may prove to be a game changer this time.

It comes on the heels of the Syrian army’s retaking control of Aleppo, Syria’s largest city, ending the opposition’s four-year hold over parts of the city.

Putin said he ordered the Russian military to scale down its presence in Syria, where it has provided crucial support to Assad’s forces. Putin didn’t say how many troops and weapons will be withdrawn. He said Russia will continue “fighting international terrorism in Syria” and supporting Assad’s military.

Putin also said that the Russian military will maintain its presence at both an air base in Syria’s coastal province of Latakia and the naval facility in the Syrian port of Tartus.

Earlier Thursday, Turkey’s Foreign Minister Mevlut Cavusoglu called on Hezbollah to withdraw its fighters from Syria. The group, which has sent thousands of fighters to support Assad, has been playing an instrumental role in Syria’s civil war since 2013, mostly in areas near the border with Lebanon, the suburbs of the capital Damascus and the northern city of Aleppo. The group is not likely to withdraw from Syria in the near future as its leader repeatedly said that their presence there is mostly to prevent attacks by extremists deep inside Lebanon.

Foreign fighters from around the world have joined both sides of the Syrian conflict that has so far killed more than quarter a million people, displaced half the country’s population and produced more than four millions refugees.

Syria’s Foreign Minister Walid al-Moallem had said that fighters from more than 80 countries have joined insurgent groups trying to remove Assad from power while the Syrian government is backed by fighters from countries including Lebanon, Iraq, Iran, Afghanistan and Russia.

The Turkish minister said all foreign fighters, including the Hezbollah, should withdraw from Syria.

“Those various groups have to leave Syria and the Hezbollah should return to Lebanon,” Cavusoglu said in the interview with Turkey’s A Haber news channel.

In Damascus, seven civilians were injured by a mortar round that fell near a school in the western neighborhood of Tajheez, according to a report by state news agency SANA.

Earlier, SANA said that two persons were injured by a mortar round that was fired by insurgents on Damascus’ al-Mazraa neighborhood where the Russian embassy locates.

On Wednesday, Russia’s Foreign Ministry said its embassy in Damascus was hit by mortar fire, blaming the attack on “extremists” opposed to a peaceful settlement. It said a mortar round landed in the embassy courtyard without exploding, and another fell in the vicinity.