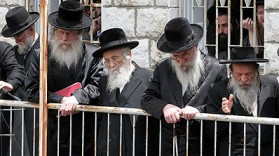 The Eida Chareidis has decided to bury the bones exhumed from Barzilai Hospital in Ashkelon; with rabbonim indicated no one seems willing to undertake the responsibility for doing so. A levaya is scheduled to take place today, Thursday, isru chag, at 2:00pm.

It appears that while the bones were supposed to have been buried last week, since there is nothing proving the bones are those of Jews, and experts state that quite the contrary is true, none of the chevra Kadisha organizations around Eretz Yisrael have been willing to bury their bones in a Jewish cemetery.

According to a number of reports, the Eida will be burying the bones in an undisclosed area set aside for the kvura, and not in a Jewish beis chaim.