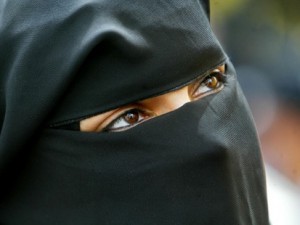 Rabbis are set to ban the burka for a small group of radical Jewish women who have taken to wearing it.

Two years ago, it emerged that around 100 women in the city of Beit Shemesh had begun to cover their faces with a veil and wear numerous layers of clothing to obscure their body shape. When many rabbis criticised the trend, the women took no notice because they considered the rabbis too moderate.

But now, the religious body admired by the most religiously hard-line elements in Israel – even the Neturei Karta anti-Zionist sect – is about to apply its clout and try to quash the trend.

The Eida Charedis rabbinic organisation will soon release a statement condemning the practice of the Beit Shemesh women, Shlomo Pappenheim, a senior member of the management committees, said.

The move was prompted by the husbands of some of the burka-wearing women, who last week urged the Eida to take a stand against their wives.

Pappenheim described the Jewish adoption of the burka as part of an “obsession” with extreme modesty that is also manifest in the wearing of many layers of clothing.

“We have got a Torah and we have got a tradition and these things were never allowed or demanded,” he said. “Cover the body, fine, but you would think them a sack of potatoes.”

“The Eda Charedit is very against it and sees in it a real danger that by exaggerating you are doing the opposite of what is intended.”