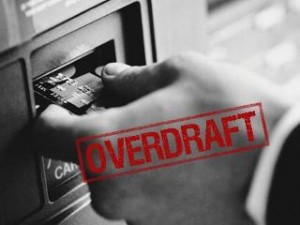 While banks worried about losing revenue have been aggressively promoting “opt-in” overdraft plans, many customers are choosing to risk having their card declined rather than face a $35 overdraft fee.

But being unable to pay for your purchases can not only be embarrassing, it can sometimes deprive you of basic needs.

There are several ways to avoid getting declined. The simplest one: Don’t overdraft your account in the first place.

But that’s easier said than done in today’s world of electronic banking. With direct deposit, debit cards, check writing and automatic payment plans for monthly bills, keeping track of your balance is harder than ever.

“The best thing you can do is focus on the available balance rather than the overall balance,” said Greg McBride, a senior financial analyst at Bankrate.com. “But even then not everything clears at the same time so you’ve got to try to keep track of your transactions on your own to be safe.”

So if you’re not entirely certain how much money you have available, how can you avoid getting turned away at the cash register?