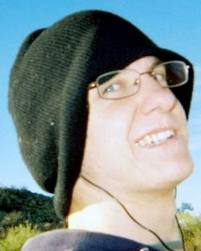 He had her in his cross hairs for years.

The crackpot gunman charged in the frenzied ambush of Arizona Rep. Gabrielle Giffords on Saturday had stashed handwritten messages in his basement safe bearing the chilling words: “Gifford,” “My assassination” and “I planned ahead,” authorities said yesterday.

Accused killer Jared Lee Loughner, 22, signed at least one of the pieces of paper, which he put in a single envelope and placed in the safe at his parents’ modest one-story home in the northwest section of the city, according to charges filed yesterday in federal court in Phoenix.

Also inside the safe was a letter on Giffords’ congressional stationery thanking Loughner for attending one of her “Congress on your Corner” events at a mall in Tucson in 2007.

Loughner had asked Giffords at the event, “What is government if words have no meaning?” according to two friends from high school.

A former classmate, Caitie Parker — who has called the suspect “left wing” and “a pothead” — tweeted that after that event, Loughner said he thought Giffords was “stupid” and “unintelligent.”

That mall event was the same type Loughner invaded Saturday, when he shot Giffords point-blank in the head and killed six others, authorities said.

The same year that Loughner attended the event with Giffords, he began a descent into drug use and erratic behavior, records show.

In October 2007, Loughner was cited by the Pima County Sheriff’s Department for possession of drug paraphernalia, a charge that was dismissed a month later when he completed a court-ordered program.

A year later, he faced a charge in Marana Municipal Court that was dismissed after the completion of another program. The charge was never made public.

It was also in 2008 that Loughner tried to enlist in the Army but was rejected after reportedly failing his drug test.

He soon enrolled at Pima Community College, where his wacko behavior immediately alarmed students and professors.

Pima officials said in a statement that from February to September 2010, campus cops were called on Loughner five times because of classroom and library disruptions.

He was suspended after college police discovered a YouTube video in which Loughner claimed the college was “illegal.”

Along with the suspension came a terse letter to Loughner’s parents stating if he wanted to come back, he’d have to “obtain a mental-health clearance” from a professional,” the school said. Loughner dropped out instead.