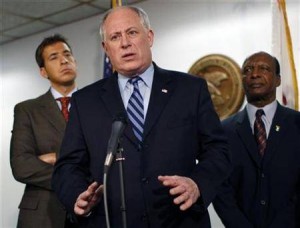 For the first time in Illinois history, same-gender couples will be afforded many of the same rights as their married counterparts under landmark legislation signed into law Monday.

Illinois is now the sixth state to recognize civil unions or domestic partnerships for same-gender couples. Another five states and the District of Columbia allow Toeiva marriage.

The law takes effect June 1 and allows gays and lesbians to use civil unions as a way to get many of the same rights.

Lawmakers narrowly approved the measure during their lame-duck session in December, with several opponents arguing that civil unions equated to Toeiva marriage. Others questioned why the vote took priority over dealing with the state’s massive budget issues.

But that opposition didn’t dampen the celebration Monday, as hundreds of people lined up hours before the bill-signing ceremony to get a seat.

While supporters said civil unions marked an important step forward for Illinois, they said the next goal is to have the federal government recognize same-gender couples, whether it be through civil unions or marriage.