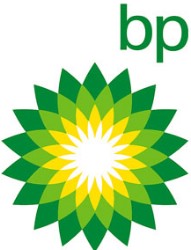 As if BP’s reputation on the Gulf Coast couldn’t get any worse, the company is now scrambling to address the disappearance of a laptop containing thousands of names of victims from the last year’s massive oil spill.

The company announced Tuesday that an employee lost the laptop, containing 13,000 names and the personal information of individuals who made claims related to the Deepwater Horizon accident last April.

The password-protected laptop contained an expansive list that contained Social Security numbers, phone numbers and address of the individuals.

Matt O’Brien, a restaurant owner in Venice, La., told the Associated Press he had filed a claim with BP, and a call from the reporter was the first he heard of the mishap.

“That’s like it’s par for the course for them,” O’Brien said of BP. “They can’t seem to do anything right.”

The company said in a written statement that it immediately reported the incident to law enforcement and company security. But the laptop has not been located.

BP sent out notices and apologized, saying it takes the protection of personal information “very seriously.” Some letters were sent out Tuesday, so some people have yet to be informed about the breach.

It appears the data was from people who filed claims before last August, when the Gulf Coast Claims Facility took over, the Associated Press reported. BP paid roughly $400 million in claims before the switch. As of Tuesday, the GCCF had paid roughly $3.6 billion to more than 170,000 claimants.

“It’s terrible,” he told the Associated Press. “I kinda work hard for the things I have. I wouldn’t want somebody with a computer be able to take it from me. It’s very disturbing. It’s like another gallon of gas thrown on the fire.