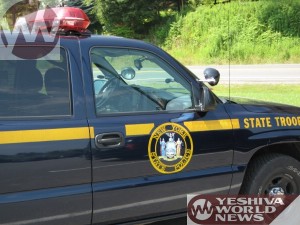 Lawmakers and others at the state Capitol were targeted Friday with threatening emails.

“We’re treating it seriously, but there is no evidence of any credible threat,” said State Police Lt. Glenn Miner.

The email subject line was dubbed “Time to kill.”

“At this point, I don’t care what happens with the New York State budget. My group is going to do everything possible to provoke terrorist attacks on New York by al-Qaida, and by Tea Party nut cases,” it says.

“At first I thought I might pull out a gun at my State office and kill a bunch of these dummies that I work with. But I doubt that would provide me with the satisfaction I am looking for,” it continues. “Understand with whom you are dealing. I am not crazy. I am a terrorist. I stand for all of the people who don’t have a voice. Truly, I hope the Governor harms and enrages a great many people. They will supply soldiers for my war.”

Assembly Democratic Speaker Sheldon Silver said he received an email that openly talked of pending violence against lawmakers, the media and the rich.

A spokesman for Senate GOP Majority Leader Dean Skelos also received the email – and referred it to the state police “within minutes.”

The angry pro-anarchy rant mentions Gabrielle Giffords, the Arizona congresswoman who was the target of a recent assassination attempt that left her seriously injured.

The author, who also invokes Al Qaeda, claims to be a state worker.

Silver said he is aware of several other Assembly members having received the email.

The powerful speaker said he’s been in touch with the state police and said they will be “covering the Legislative Office Building.”

“I’m treating it as real,” Silver said when asked if it could be an April 1 prank.