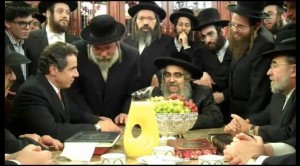 After several years of intensive efforts led by the leaders of the leading Satmar Yeshiva’s in Kiryas Joel and Brooklyn, needy rabbinical college students in New York State will, for the first time ever, be eligible to receive Tuition Assistance Program (TAP) grants.

Until now, needy rabbinical college students in undergraduate institutions were eligible for federal Pell Grants to help defer the cost of tuition, but not for New York State Tuition Assistance Grants. Now, these students will be eligible for TAP grants.

The new budget bill allocates approximately $3.2 million for TAP grants to students attending such schools for the second semester of school year 2011-2012 enough for 600 maximum grants, the initial amount is modest because it is meant to cover a small part of the year, following an implementation period, the change requires drafting of new regulations and institutions will need time to apply for participation.

Gary Schlesinger, Board Chairman of UJCare said, “The allocation of the TAP grant in the budget sets an example of our community leader’s potential to achieve critical funding through focused and determined advocacy.”

SEE 2:15 IN VIDEO WHERE GOVERNOR PROMISED THE SATMAR REBBE THAT HE WILL GET TAP PASSED