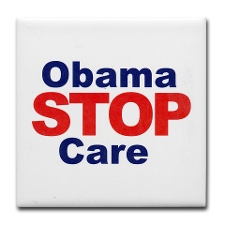 When the GOP-led House voted in January to repeal President Obama’s health care law, Senate Majority Leader Harry Reid said he wouldn’t even take up the measure in his chamber and he scorned Republicans for wasting time on “symbolic votes.”

But after Congress struck a last-minute budget deal Friday night to avert a government shutdown, Reid will have to eat his words.

The deal that funds the government through the end of September and cuts $38.5 billion from current spending levels also guarantees a debate and vote in the Senate on legislation that would repeal the president’s signature on the domestic initiative that Republicans derisively call “Obamacare.”

The deal also requires several studies that will force the Obama administration to disclose the full impact of the law’s mandates, including a study on the cost of premiums; an audit of all the waivers given to businesses and unions that can’t meet the new annual coverage limits; and a report on all of the contractors who have been hired to implement the law and the cost of those contracts to taxpayers.

While the repeal legislation is expected to fail, it will put Senate Democrats in an awkward position because they’ll have to defend a law that polls show is still unpopular. And their votes will come ahead of next year’s presidential election when Republicans will be trying to win control of the upper chamber.

Senate Democrats in conservative states like Joe Manchin of West Virginia, Claire MacCaskill of Missouri and Ben Nelson of Nebraska, who are all facing tough re-election bids next year, cannot be excited about the prospect of restating their position on the law. During last fall’s midterm elections, many Democrats distanced themselves from the law as Republicans campaigned against it.

But some Republican lawmakers weren’t impressed with what appeared to be a GOP coup.

But she added, “We all know that those bills are not going to pass. It is merely to put their vote on the record.”

“For the Democrats, they are not ashamed to vote against ‘Obamacare’ because they all voted for it,” she said. “So I don’t think that is a big win by any stretch of the imagination.”