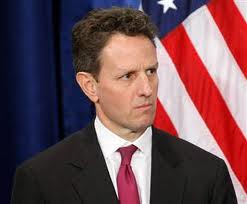 Sen. Jim DeMint (R-S.C.) responded to the nation’s downgrade at the hands of Standard & Poor’s by calling for the resignation of Treasury Secretary Timothy Geithner.

“The President should demand that Secretary Geithner resign and immediately replace him with someone who will help Washington focus on balancing our budget and allowing the private sector to create jobs,” he said in a statement. “For months he opposed all efforts to reduce the debt in return for a debt ceiling increase. His opposition to serious spending and debt reforms has been reckless and now the American people will pay the price.”

After S&P put the nation’s rating on negative watch back in April, Geithner said there was “no risk” the US would be downgraded.

“No risk of that, no risk,” he said at the time in an interview with Fox Business Network.

DeMint also blasted the recent deal reached by both parties to raise the debt limit, calling it “not a serious attempt to solve our spending and debt problem.”

“The deal Congress just passed over conservative objections has already had its obvious effect, the loss of America’s credibility around the world,” he said.

As part of its rationale for downgrading the nation’s debt for the first time in history, S&P highlighted the growing rift between political parties when it came to major issues.

“The differences between political parties have proven to be extraordinarily difficult to bridge,” the firm wrote in its downgrade announcement.

Geithner is reportedly weighing an exit from the Obama administration now that the debt limit has been raised, but the White House is pressuring him to stay.