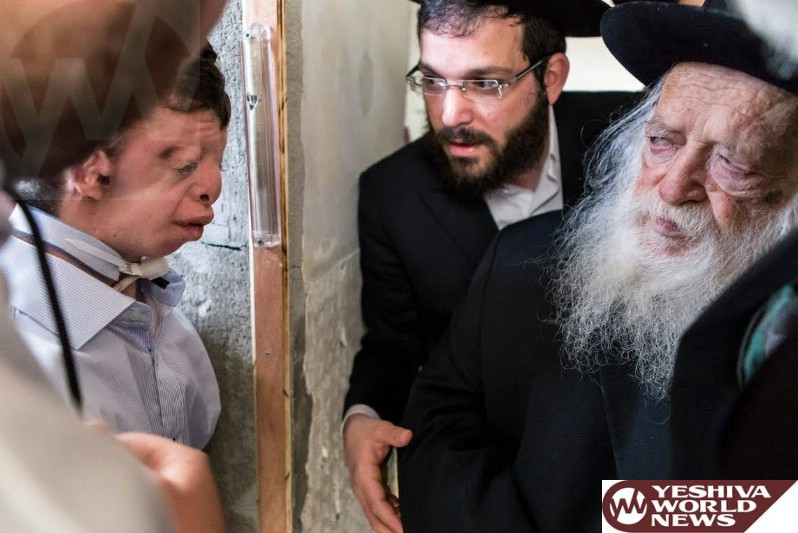 The Hartman Family Foundation, Wish at the Wall excursion to Israel returned last Sunday, February 8th from a 10-day trip that will surely be remembered by all attendees for a lifetime. The trip included 13 Chai Lifeline children, parents and staff.

The yearly trip strives to give children with cancer and other chronic illness a chance to get a full “Israel experience.” Some of the itinerary included a meeting with Prime Minister Benjamin Netanyahu and his wife, touring Masada and floating in the Dead Sea, ATV riding, visiting famous kevarim, tunnel tour next to the Kosel and special visits to Gedolei Yisroel, including Harav Hagoen Chaim Kanievsky shlit”a.

Wherever the group went, they were met with smiles and best wishes from young and old alike. The aura of the group attracted anyone who came within their midst. Friday night at the kosel, the group was the center of attention that was joined by people of all stripes, including IDF soldiers, to dance with them.

The opportunity to tour Israel for any youth would be exhilarating; however for these young adults with their challenging illnesses the opportunity is priceless. Most parents would find it to be a Hercules task just to take their wheelchair bound child oversees even without any touring. The Wish at the Wall trip provides these youth with all they could ever ask for.

Chai Lifeline Executive Vice President, Rabbi Simcha Scholar adds that parents as well gain tremendously from the trip in the way that they view their child. “It gives them the opportunity to enjoy their child in a way that they normally would find difficult. They can look as their child as just that, and not someone with a disability.” The staff of Chai Lifeline, which included a number of Camp Simcha Special counselors and 2 paramedics, made it possible for the parents to just enjoy one another.

Rabbi Shlomo Crandall, Chai Lifeline’s Midwest region director, has been leading Wish at the Wall for 17 years. “The most moving part of the experience is to see the relationships built over such a short period of time between the parents and the youth- we truly felt like a family.” Rabbi Crandall also shared the appreciation these children have for this opportunity. “Going from a wheelchair to get a ride on a camel is not something these children thought would ever be possible.”

On Shabbos during shalosh seudos, a few hours before their flight back, parents and children expressed their feelings of tremendous gratitude for the trip and the friendships made between the teens and parents. Rabbi Crandall stated that “the tears flowed unabashed” as the kids shared their challenges and described their illnesses as part of who they are. This was probably the most moving moment of the trip,” he admitted.