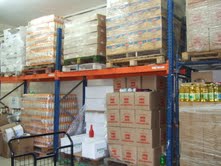 Dov Weisel grew up surrounded by boxes. During the early days of Yad Eliezer when Dov was young, the entire organization functioned on a volunteer basis, and most of it functioned out of his home.

“I remember my father tossing me over food boxes to get me into bed,” reminisces Dov with a smile. The fledgling organization had over five hundred food boxes being packed and sent out of their four-room apartment every week.

Back then there were no other charity organizations providing food for the needy, so the people of Jerusalem banded together to do it themselves. With the Weisel home at the hub, food product donations would be hand-delivered from all over the city. Jerusalem residents with cars would take an hour to drive over to the Weisels and pick up a few boxes to deliver to the homes of those in need. Jerusalem housewives banded together to cook and donate hot foods and salads for the incapacitated. Homes donated refrigerator space where the cooked foods could be stored until use. Jerusalem high school kids would gather at the Weisel home to pack the many food items into hundreds of boxes while having a good time shooting the breeze. 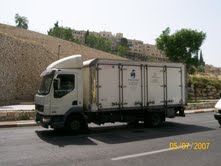 None of the Yad Eliezer programs started because somebody wanted to be a hero. They started because the Weisel family saw that there was a need. Families who could not afford basic staples could certainly not afford to make a wedding. Adopt-a-Wedding came into play. Mothers so poor that they could barely feed themselves often could neither nurse their babies nor afford sufficient baby formula for the infants’ healthy development. Enter the Feed-a-Baby program. Families suffering the psychological pressure of complex and demanding poverty situations often broke down, leaving children without appropriate emotional support for their own wellbeing. The Big Brothers and Big Sisters Program began.

Today Yad Eliezer serves over 50,000 men, women, and children in Israel with a budget of over $26 million per year. The hub of Yad Eliezer activity has been transferred from the Weisel home to the Yad Eliezer warehouse and offices, where hundreds of calls from those seeking assistance come in daily.

Nonetheless, one thing hasn’t changed. What drove Yad Eliezer then and what drives it now is human kindness. Volunteers still shoot the breeze and have a good time over hundreds of cartons of donated food while packing boxes at the warehouse. A volunteer cadre of hundreds of women still cook for the Yad Eliezer Meals-on-Wheels program that delivers hot food to the thousands of incapacitated and home-bound throughout Israel. Mothers still look into their babies’ cooing faces and smile, relieved that Yad Eliezer is providing them with the means to nourish their young ones properly. 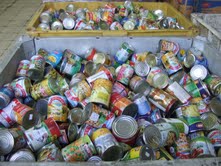 And today Dov Weisel keeps abreast of it all in his capacity as Yad Eliezer CEO. “I hate talking about myself,” he says, abashed. “I joined Yad Eliezer because I wanted to be like my father, who does everything purely for the sake of Heaven.” Well, Dov, judging by the impact Yad Eliezer is having on Israel today, it looks like you’re doing just fine.