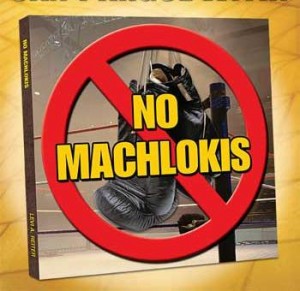 Police were compelled to respond to a dispute which erupted in Beit Shemesh today (August 29th) as members of the chareidi and dati leumi community were at odds regarding a local school, if boys or girls will occupy the building in the upcoming 5772 school year.

The dispute surrounds the Orot B’not girl’s school in the community, a school that serves the dati leumi community of Beit Shemesh. It is among the larger schools in the city.

Parents aligned with the dati leumi sector explain Beit Shemesh Mayor Moshe Abutbul has been the recipient of threats from “radical chareidim”; explaining chareidim maintain they were promised the girls would be out and the building would only be used for boys.

According to the dati leumi parents, the chareidim allege there is another building on the same campus which was funded by the Ministry of Education and approved by the local municipality intended for girls, slated to open its doors for this school year – freeing this structure for boys only.

Ze’ev Moskowitz, who has a daughter in the school and who serves as the spokesman for the PTA added, “at the last moment, after obtaining all the necessary local and national permits to open, chareidi elements have decided to attempt to prevent this from happening”.

Moskowitz adds that parents have been manning the building over recent days to prevent vandalism, adding he fears the mayor is backing down, simply because he is afraid of the extremist elements – those willing to attack the building and its students with rocks. He added that parents have already decided that if the mayor capitulates to the chareidim the dati leumi sector will strike the opening of the school year.

No response was available from City Hall.

A decision was made to shut the building pending a decision from the Ministry of Education and the Beit Shemesh Municipality’s Education officials.

AS WE PUBLISH: It has just been learned that fanatic elements affiliated with the chareidi sector appear unwilling to accept any compromise, and there are threats being leveled against the students, both verbal and physical. According to an Arutz-7 report, the girls will face dangers heading to school in a number of days, including rock-throwing and spitting aimed at them by these fanatics. The mayor is being accused of not doing enough to protect the girls slated to attend the school, and the dati leumi community does not feel police will provide adequate protection for its daughters.

Moskowitz warns that it does not take much for the situation to escalate chas v’sholom, and this can occur due to rock-throwing or other acts of violence.

Beit Shemesh spokesman Moti Rozensweig explains the building in located in the heart of a chareidi area, and as such, residents feel the building and campus belongs to them, to serve the needs of the local community. On the other hand, Mayor Abutbul does not wish to go back on the word of his predecessor, Mayor Daniel Vaknin, who promised the building to the girl’s school – but quickly accused the school of a “lack of flexibility”, an unwillingness to consider placing the school in another building (area).

Rozensweig adds he recalls the stormy protest two years ago that accompanied the start of construction, when local [chareidi] residents blocked bulldozers with their bodies.  Through the intervention of the mayor, a decision was reached by which the building would be used by the dati leumi sector, boys however, not girls, and the girls would relocated to Beit Shemesh Aleph. In return for their agreement the school was given a number of perks by the mayor, a showing of gratitude for the willingness to arrive at an amicable solution. These perks included funding for transportation, adding an additional floor to the new site of the girl’s school, and funding for renovations, but now, Rozensweig accuses the dati leumi sector of violating that agreement.

Rozensweig stresses that at present, the mayor has not allocated the building to any sector and he will continue his efforts towards reaching a mutually agreeable solution.

In response to allegations that the mayor is acting in response to threats made against him, Rozensweig concluded, “The mayor does not respond to threats and decisions are not made under duress, but responsibly, towards the betterment of the city and all its residents”.