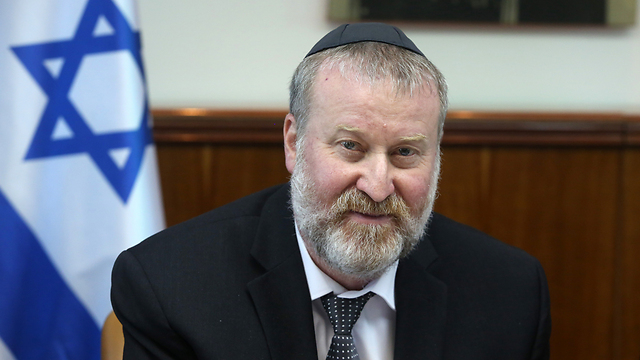 Attorney General Dr. Avichai Mandelblit has intervened, preventing Defense Minister Avigdor Lieberman from holding a hearing for Rabbi Yigal Levinstein and Rabbi Eli Sadan of Yeshivat Bnei David in Yishuv Eli. The hearing was set for Thursday, 2 Nissan. Lieberman has announced if Rabbi Levinstein does not apologize for his statements pertaining to women combatants in the IDF and resign from the yeshiva, he, the minister, was going to de-certify Bnei David as an accredited pre-IDF program and cut its funding.

Rabbi Sadan, the rosh yeshiva, did not apologize but backed Rabbi Levinstein, and Bayit Yehudi party leader Minister of Education Naftali Bennet was quick to point out his ministry funds Bnei David and not the Defense Ministry, calling on Lieberman to back down. Bennet explained Bnei David is the “cream of the crop” regarding the mechinot program, advising him strongly to abandon plans to de-certify the yeshiva.

Yediot Achronot reports that the attorney general has prevented the hearing from taking place as Deputy Attorney General Din Zilber informed Lieberman he lacks the authority to hold such a hearing for the two rabbonim based on the statements made as this authority rests with the Ministry of Education and not Defense.

However, pointed out Zilber, Lieberman does have the authority to halt the yeshiva by withdrawing the exemption from military service that the students receive to attend the yeshiva for one or two years.