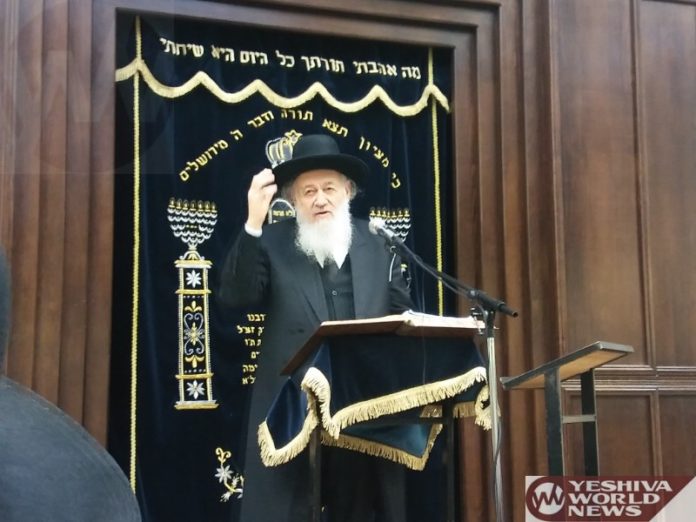 Hundreds of Yeshiva students and residents of Rehovot were inspired at an evening commemorating the Shloshim of HaGaon HaRav Aharon Yehuda Leib Shteinman ZT”L, which took place at Yeshivas Meor HaTalmud.

Especially moving was the address of the Chief Rabbi of Rehovot and the president of the Yeshiva, HaRav Simcha HaKohen Kook, who cried bitterly at the loss of the Torah giant. HaRav Kook pointed out that one of the most striking attributes of HaRav Shteinman was his complete Dveikus to Hashem, his “Shivisi Hashem L’negdi Tamid”, and his ability to live every moment of his life dedicated to understanding what HaKodosh Baruch Hu wanted him to do at all times. HaRav Kook called on everyone who took part in this Hesped to take on this attribute, the focus on “Shivisi”, and to use it in his everyday life as a way of knowing how best to serve Hashem.

At the end of his words, HaRav Kook declared the time as most conducive to tefilla, and he led the tzibur in reciting the “Shir HaMa’alos Mima’amakim” , which was said with emotion and with Kavona.

The next speaker was HaRav Avraham Yitzchok HaKohen Kook Shlita , the Rosh Yeshiva of Meor HaTalmud and a brother to Rav Simcha Kook. The Rosh Yeshiva told an anecdote about his personal relationship with HaRav Shteinman, and how much we will miss his leadership and his clarity in understanding the issues facing the Olam HaTorah.

The main address was delivered by HaRav Boruch Mordechai Ezrachi, Rosh Yeshivas Ateres Yisrael. Rav Ezrachi spoke about the humility of HaRav Shteinman and how his humility made it impossible to properly understand his greatness. He called on the bachurim of the Yeshiva to try to emulate some of the midos of Rav Shteinman as a key to personal growth.

The next speaker was Rav Rubin HaKohen, Rav of the Bnei Torah community in Rehovot, who spoke about the times that HaRav Shteinman came to Rehovot and the points that he had felt needed Chizuk in the Rehovot community, such as the strengthening of Torah and Chinuch. The final speaker was Rav Shteinman’s grandson, HaRav Gedalyah Hoenigsberg, who enthralled the audience with examples of Rav Shteinman’s unique Avodas Hashem, which he was able to witness personally.

The inspiring evening left the Torah community in Rechovot with a deep sense of loss, but with a determination to strive in some way to emulate the greatness of Rav Shteinman. 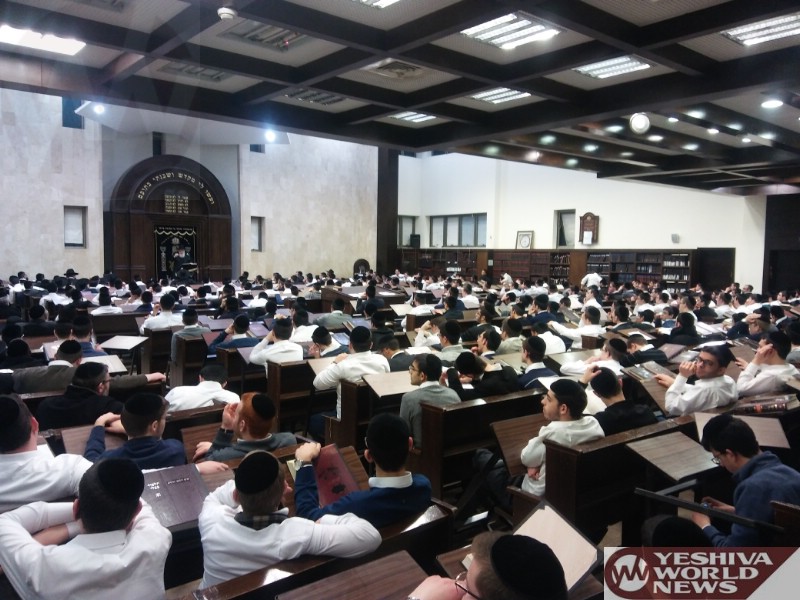 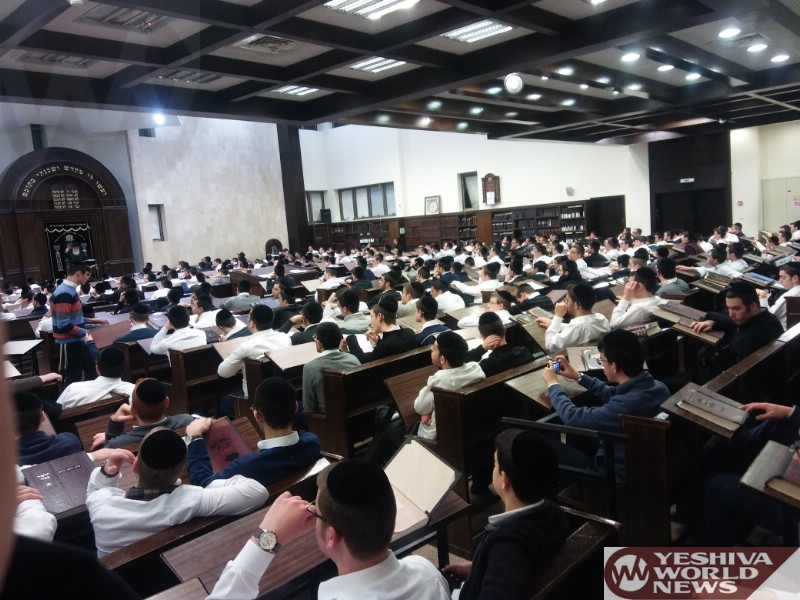 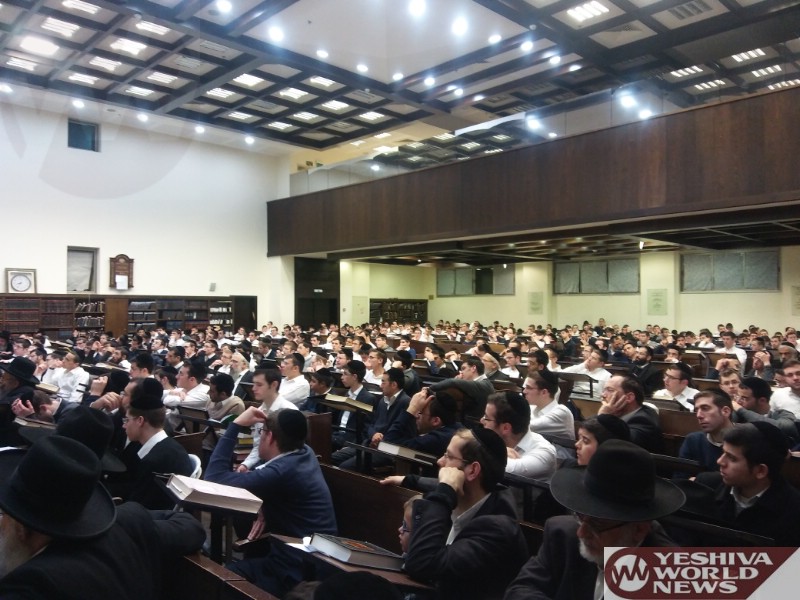 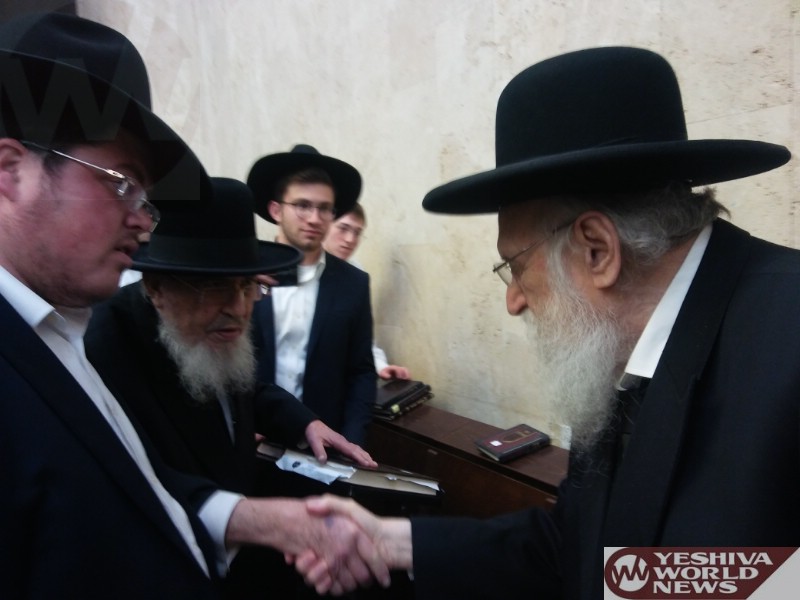 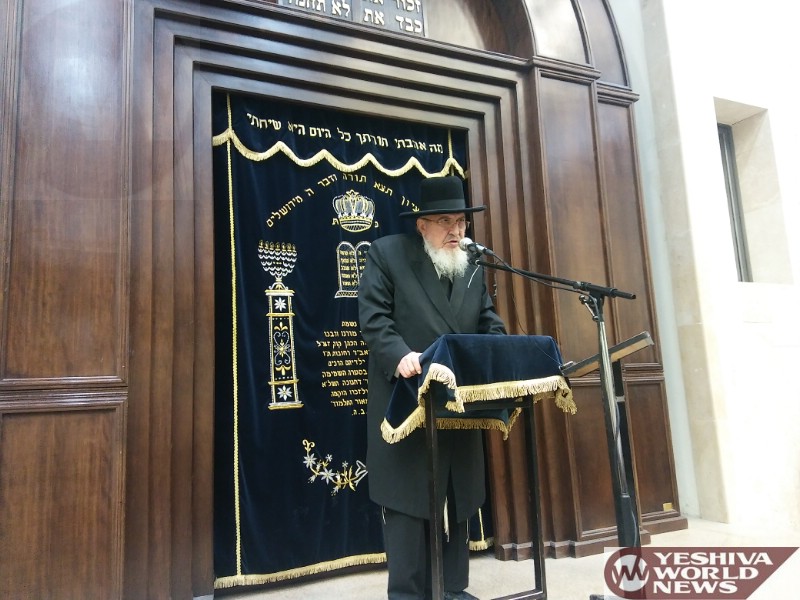 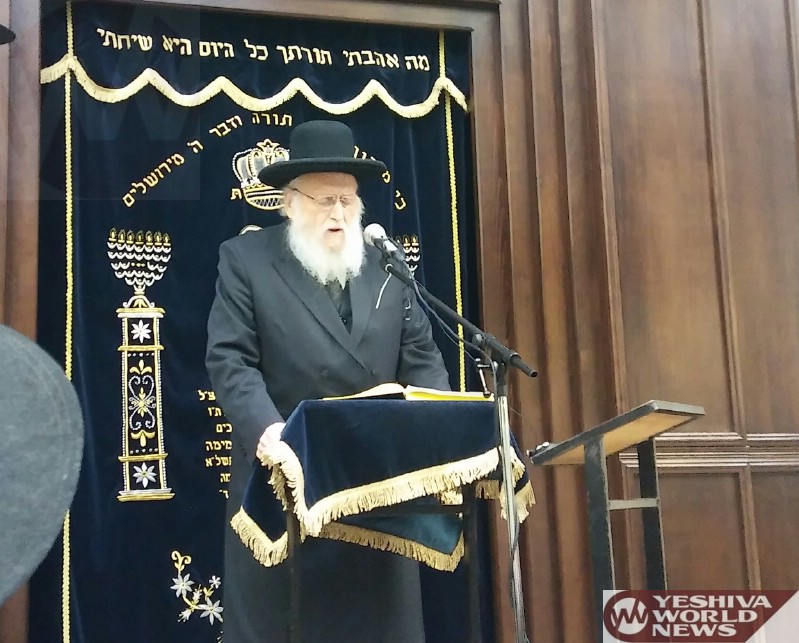