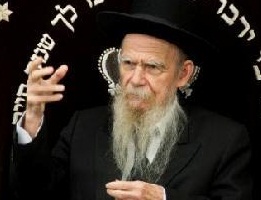 Gedolei Yisrael on Tuesday morning 29 Teves issued a warning against sending one’s daughter to a seminar that teaches in contradiction to the ‘mesora of pure education’.

Kikar Shabbos News reports that when the information reached Rav Edelstein, he appointed Rav Hirsch and HaGaon HaRav Kessler Shlita to look into the matter towards learning the truth.

Prominent rabbonim sat with the school’s administration in an effort to monitor the situation and to convey concerns from parents. After meetings and discussion, the decision was made to release the letter to the tzibur.