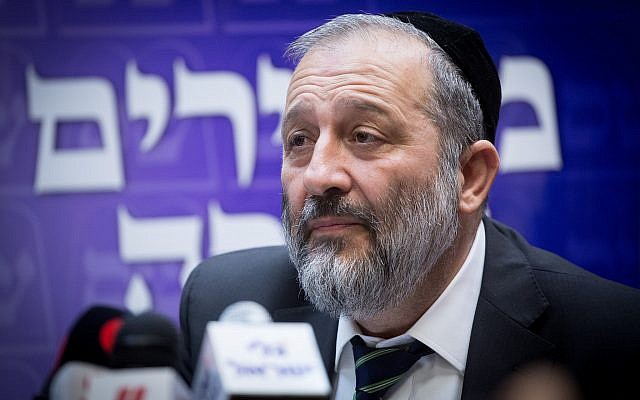 Shas party Chairman Minister Aryeh Deri has been summoned to a din torah regarding his policy vis-à-vis the expelling of illegal aliens from the country. According to a report filed by Oriyah Elkayam for Kan News, the din torah is scheduled to take place n Monday, 4 Adar 2778. Deri was summoned after he decided to deport a sizable number of illegals from Israel.

It is reported that Dr. Ori Weiss has summoned Deri to the din torah, for he feels the expulsion of thousands of Eritreans and Sudanese aliens is prohibited because of “לא תסגיר עבד אל אדוניו” as well as being the spilling of blood ( שפיכת דמים).

Dr. Weiss maintains, “The Israeli government, led by the interior minister, has decided to deport asylum seekers to Rwanda from countries such as Eritrea and Sudan. They fled from the dangers of death, enslavement, and torture. Now the Israeli government has decided to deport these refugees to Rwanda. After reaching an agreement with Rwanda that it would receive money. In Rwanda, these refugees are in danger of death and torture. This is in complete contradiction to the prohibition of ‘You shall not betray a servant to his master.’ (‘לא תסגיר עבד אל אדוניו’)

“The Talmud, as is well known, asks: What is its standardization, and he answers: “Your people dwell in your midst” (Gittin, 45a), and so instead of our people settling among us, the government is about to deport them to Rwanda.

“At the end of his speech, Weiss asks the dayanim: “To order the prohibition against deporting asylum seekers or imprisoning them or threatening them with incarceration, and also to ask the Honorable Court to prohibit the Minister of the Interior from preempting deportation or threatening a beis din decision on this matter.”