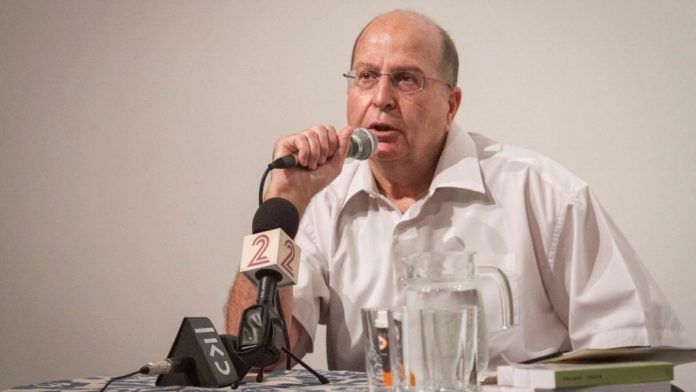 Former Defense Minister Moshe Ya’alon on Tuesday morning, 14 Shevat, responded to the rabbis’ comments made during a recent atzeres for girls attending ‘Midrashot’ on the halachic and problematic prohibition on enlisting into mixed army, saying that the rabbis were talking because they were frustrated.

In an interview with Galei Tzahal (Army Radio), Ya’alon said that “the best answer is given by religious Zionist girls whose number of recruits is increasing.” Ya’alon also referred to the rabbis’ motive, saying: “It could be because of the frustration of rabbis. It is not just in Judaism that they say ‘Select a rabbi for yourself’ and listen to the opinions of all kinds of rabbis. ”

The former defense minister contends that “what the rabbis represent against women’s enlistment is far beyond the service of girls, that is the question of whether the State of Israel as a Jewish and democratic state will be a state or a halachic state and this is their frustration, that the girls are opting to join the state and not the halachic state.”