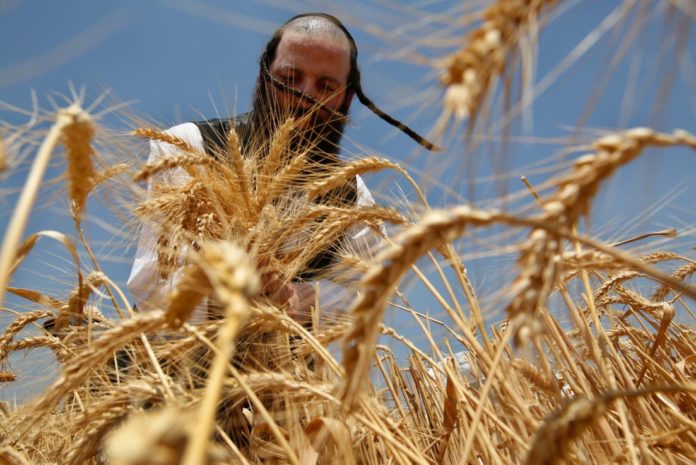 The winter weather, which suddenly landed in the first trimester of the month of Iyar, also brings with it problems regarding wheat flour for Pesach matzah for the year 5769, and on Wednesday morning, 10 Iyar, rabbonim of the community went to look closely at some wheat fields, as has been done in other areas of the country in the past days.

Rabbonim and mashgichim of the Eida Chareidis checked wheat fields in a number of areas in northern Israel.

From the situation on the ground it seems that despite the rain that arrived and continues to fall, there are still entire areas in the wheat fields that were not and will hopefully not be affected halachically speaking, as the rabbonim point out certainly the wheat is not ready for harvest and it can no longer be harvested.

Regarding the wheat, Ladaat News reports that, with regard to wheat itself, it turns out that the fact that during the year did not have many rains at the beginning of winter, it created a number of situations. Some of the farmers did not see fit to continue growing wheat from fear of loss due to the delay in growth and the possibility of damage from rain, which led them at the outset to harvest the produce for the consumption of animals.

Other farmers who left the wheat to grow are now seeing the wheat in their fields, but not everyone has benefited from this step. In some cases, wheat is halachically dry, although in agriculture it still has a high percentage of moisture that does not allow harvesting, since when looking at it, much of the wheat is still green. On the other hand, there are many fields where the yellow color of the wheat is already visible, but the kernel is still soft – what is defined as the ‘dong’, and from a halakhic point of view the grain is not disqualified.