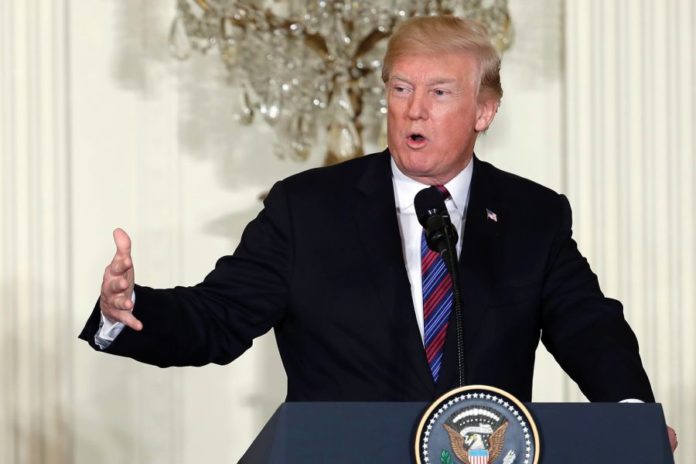 President Donald Trump said Friday he rejected a plan to spend $1 billion on the new US Embassy in Jerusalem and plans to do it for less than half a million dollars instead.

He said he “may go” to the embassy opening May 14.

At a joint news conference with German Chancellor Angela Merkel, Trump said he had started signing his name to a proposal when he noticed the eye-popping $1 billion figure. He says he called it off.

The embassy is moving from Tel Aviv. Rather than build a new building, the US is retrofitting a small part of an existing American consular facility so the embassy can open quickly.

Aside from leading the move to recognize Jerusalem as Israel’s capital and move its embassy there, the US has also taken Israel’s stance on Iran—emphasizing the importance of deterring the Islamic Republic away from seeking nuclear capabilities.

At the conference, the president was asked if he would use military force to reign in Iran’s nuclear program, if the US drops out of the international nuclear deal with Iran.

Trump said he won’t discuss the use of military force, but he says: “They are not going to be doing nuclear weapons. You can bank on it.”

He then called on NATO allies to increase their defense spending, pressing European nations to spend at least two percent of their GDP on defense—as he has urged since his campaign.