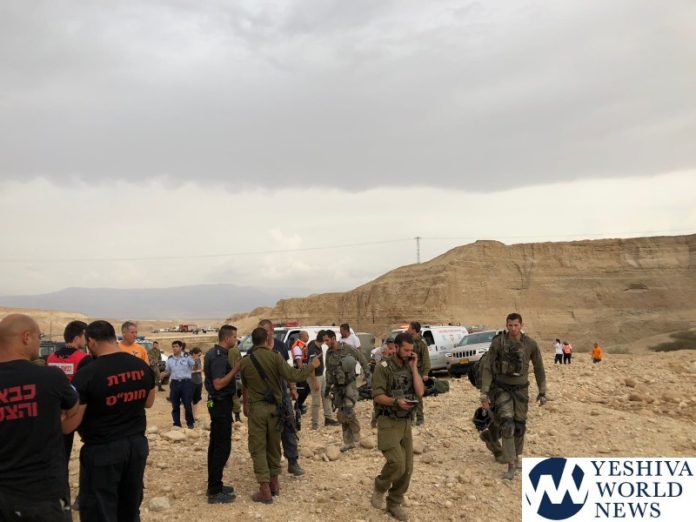 The following update on the condition of persons injured in the tragic flood accident in southern Israel last week that claimed the lives of ten students.

The update was released at noon by officials in Soroka Medical Center in Beersheva.

Two injured remain hospitalized. Dr. Lior Fuchs, a senior ICU physician adds, “The female victim is stable. She was placed in the ICU Shabbos due to developing a rapid heartbeat. We detected fluid around her heart as a result of the thoracic injuries she sustained. We hope to transfer her back to a surgical unit later today as she becomes more stable. The male victim remains in a orthopedic unit, also in stable condition.