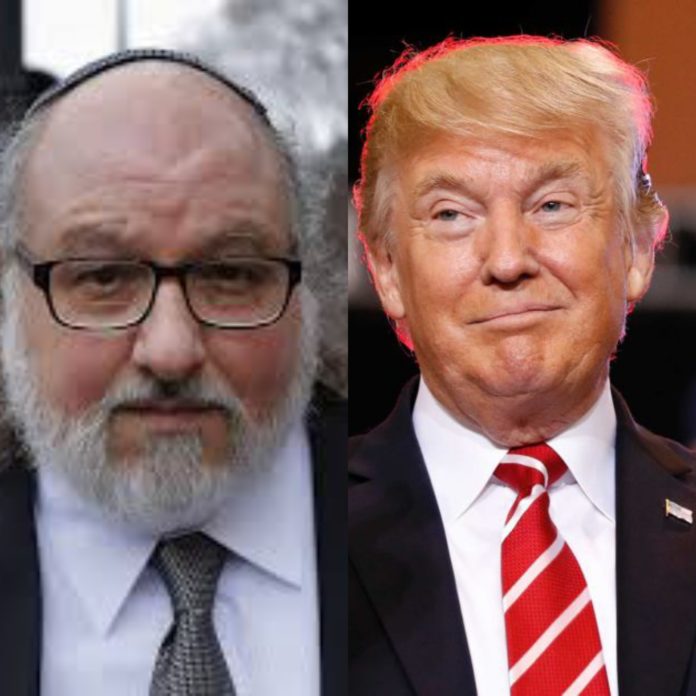 According to multiple Israeli media reports, President Trump is considering allowing Jonathan Pollard to travel to Israel for the opening of the U.S. Embassy in Jerusalem.

Intelligence Minister and transport Minister Yisrael Katz, spoke to Channel 10 and said “I understand that there is a high probability that Jonathan Pollard will come to Israel for the opening of the U.S. Embassy in Jerusalem.”

Channel 2 and Channel 13 also had reports of Pollard coming to Israel.

[Trump: Jerusalem Embassy To Cost Less Than Half Of $1B Proposal; ‘May Go’ To Innauguration]

Pollard, who was released on November 2015, cannot leave US soil under his parole terms.

A federal appeals court in May 2017 rejected a bid by Jonathan Pollard, the former U.S. Navy intelligence officer who served 30 years in prison after being convicted of spying for Israel, to relax his parole conditions.

The 2nd U.S. Circuit Court of Appeals in Manhattan said the U.S. Parole Commission acted within its discretion in requiring Pollard to wear an electronic tracking device, obey a curfew, and allow his computers to be monitored.

Pollard’s lawyers have reportedly said his parole conditions have prevented him from getting a job.