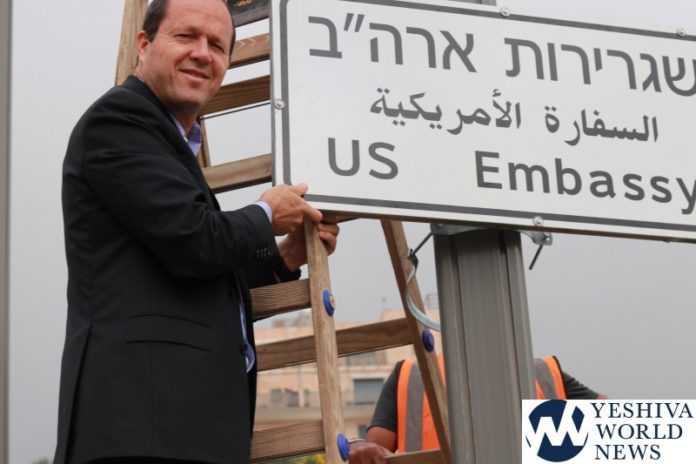 Jerusalem’s city hall says it has put up road signs pointing to the new U.S. Embassy, which is set to move to the city next week.

Jerusalem Mayor Nir Barkat was seen installing the first directional sign to assist persons looking for the new US Embassy.

Barkat placed the first signs on Monday in the southern Jerusalem neighborhood where the embassy is to be located. According to a picture sent by Barkat’s office, the white signs read “U.S. Embassy” in English, Hebrew and Arabic.

Mayor Barkat said, “This is not a dream but reality. I am proud and moved to hand this sign this morning, one of the first prepared by the US Embassy which will open next week in Jerusalem. This is a historic event and I thank President Trump. Jerusalem is the eternal capital of the Jewish People and now, the world will begin to recognize this. Happy Jerusalem Day.”

The new U.S. Embassy in Jerusalem is to be opened on May 14 with a huge American delegation expected to attend, perhaps including President Donald Trump.

Also Monday, the official twitter handle of the US Embassy in Israel has been changed from Tel Aviv to Jerusalem, (Jlm) ahead of its official re-location one week from today. 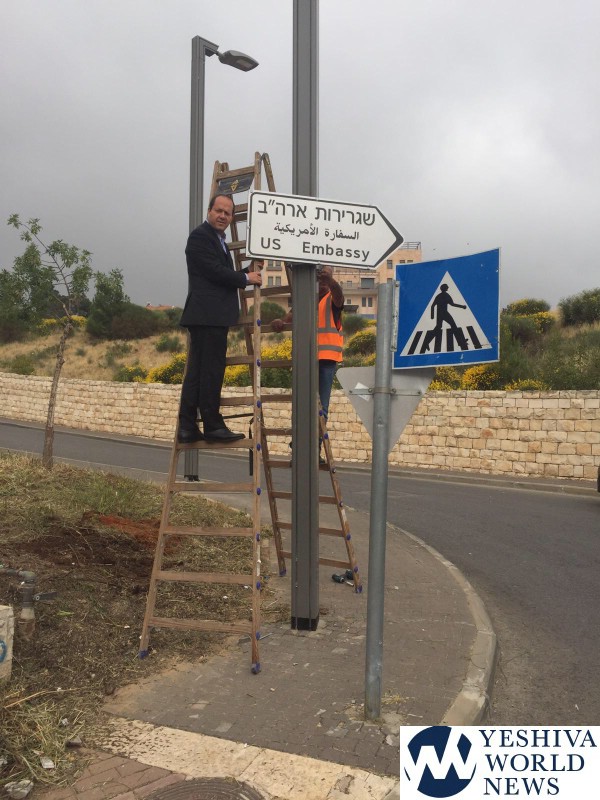 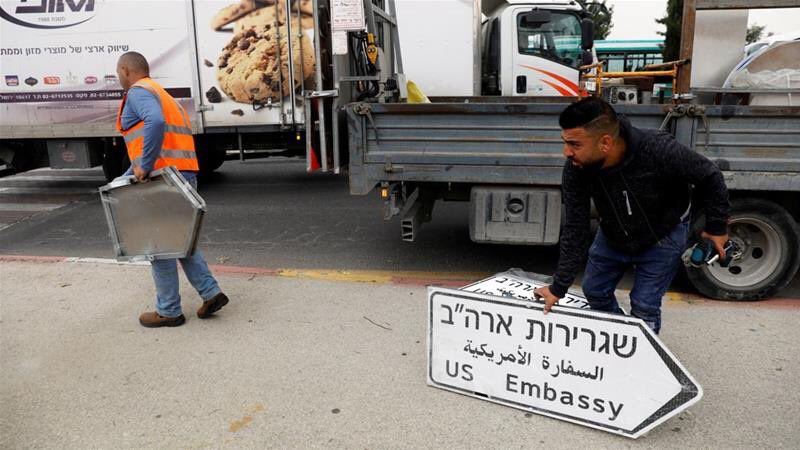 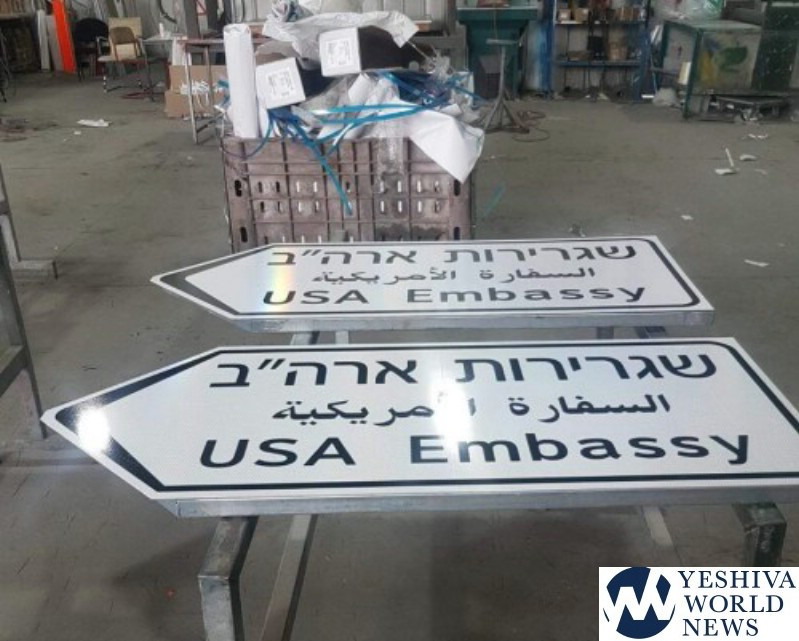