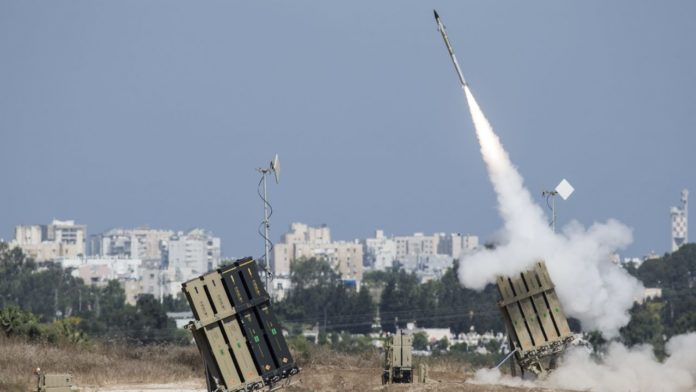 Deputy Head of the Golan Heights Regional Council, Uri Kellner, spoke with 12 News on Thursday morning, 25 Iyar, following the Wednesday night rocket attack by Iran, in which 20 rockets were fired but B’chasdei Hashem, not a single rocket landed in Israel. The rockets were either intercepted by the Iron Dome or they strayed from their intended target.

Kellner explained the regional council maintains a good working relationship with the IDF and this leads to a high level of preparedness, as was seen to be the case. Kellner stated in many cases, parents simply put the children to sleep in their fortified rooms and the night passed without incident. He stressed the message to residents from the regional council is one of calm.

Correspondent Nir Divori told 12 News he feels we can expect more Iranian hostilities as the latter will not result until seeing damage on the Israeli side.

While Kellner speaks of calm and business as usual, Tal Amiti, who operates tzimmers in the southern Golan Heights, reports cancelations despite the fact they are far from the rockets, which are directed at the northern Golan Heights.