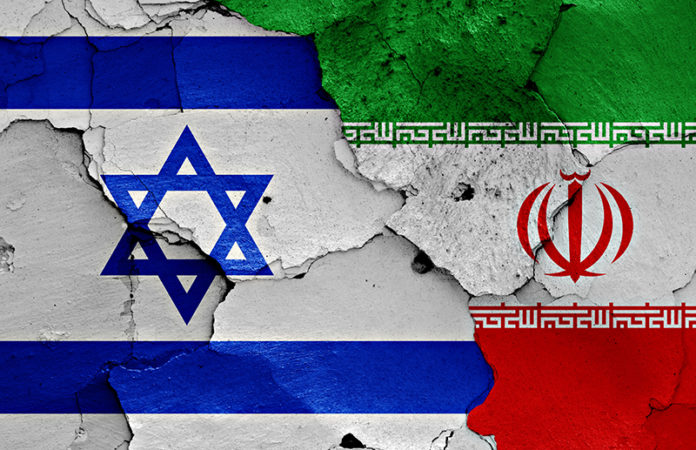 Israeli Prime Minister Benjamin Netanyahu said on Thursday that Israel’s air strikes against Iranian targets in Syria were “appropriate” because the Islamic Republic had “crossed a red line.”

In a brief video address, he said Israel carried out a “very broad attack against Iranian targets in Syria.”

“We are in the midst of a protracted battle and our policy is clear: We will not allow Iran to entrench itself militarily in Syria,” Netanyahu said.

The IDF conducted a very extensive attack on Iranian targets in Syria. Thanks to sufficient preparations by our forces, both in defense and in offense, the Iranian operation failed. No missile landed in Israeli territory,”

“The Israeli nation is proud of the IDF and trusts it. We are in the midst of a continuous battle and our policy is clear: We will not allow Iran to entrench itself militarily in Syria.”

“Yesterday, I conveyed a clear message to the Assad regime: Our action is directed against Iranian targets in Syria. But if the Syrian army acts against us, we will act against it. That’s exactly what happened yesterday. Syrian [anti-aircraft] batteries fired surface-to-air missiles against us, so we hit them.”

“The international community should prevent the establishment of the Iranian Quds Force in Syria. We must untie to cut off the arms of this expanding evil, there and everywhere,” the prime minister said. “I repeat: Whoever harms us – we will harm him many times over, and whoever prepares to harm us – we will act to harm him first. That’s what we did and we will continue to do so.”

“The international community needs to prevent Iran’s Quds Force from entrenching itself in Syria. We need to unite to cut its tentacles of evil spreading there and everywhere.”

“I repeat: If anyone hurts us — we will hurt them sevenfold. And if anyone prepares to harm us — we will take preemptive action to harm them first. That’s what we did and what we will continue to do.”

The IDF struck an SA22 aerial interception system as part of a wide-scale attack against Iranian military sites in Syria pic.twitter.com/dFGXIwMT45