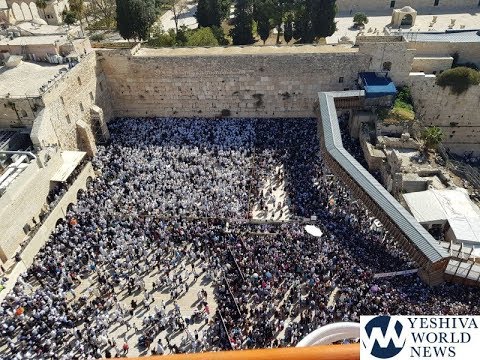 Yom Yerushalayim, which will be celebrated on Sunday, 28 Iyar, will also herald the kick-off of The One Jewish People Project campaign, whose goal is to rally Jews across the wide span of observance and affiliation to unite with one simple idea – to make the world a better place, together! The unique project has earned wide-spread support from major organizations across the globe including United Hatzalah, WIZO, AKIM, Chai Lifeline and the Shabbat Project.

Throughout the week, Jews from around the world will perform various acts of chessed-pledged and spontaneous. These acts will be recorded on a virtual Scroll of Honor to be published around and kept forever by the Jewish People.

The One Jewish People Project is also taking steps to actualize these worthy goals by initiating special unity projects with leading organizations such as PTACH, Ezer Mizion, Yad Sarah, IDFWO and more.

During the coming week, The One Jewish People Project will ‘blitz’ the media with updates in real time as events take place creating a full 24 hours of coverage.

Individuals are invited to submit acts of kindness here on the special website.