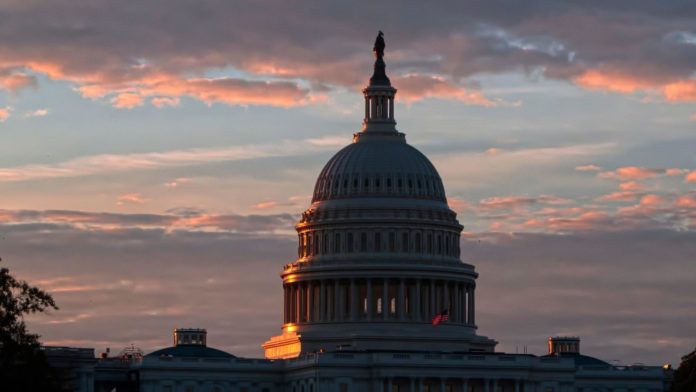 President Donald Trump is urging the Senate to get its work done on funding before the August break, “or NOT GO HOME.”

The president tweeted Saturday that “Wall and Border Security should be included.” He also said that he is “waiting for approval of almost 300 nominations, worst in history.”

Trump blamed Democrats for “doing everything possible to obstruct.”

The president’s push for speedy action on spending measures and nominations, followed a recent letter from a group of Senate Republicans pressing Senate Majority Leader Mitch McConnell to cancel the August recess later this year. That effort was led by Sen. David Perdue of Georgia.

The Senate Republicans said that spending more time on their pending work is particularly critical when Congress is facing what they call “historic obstruction” by Democrats.

The Senate should get funding done before the August break, or NOT GO HOME. Wall and Border Security should be included. Also waiting for approval of almost 300 nominations, worst in history. Democrats are doing everything possible to obstruct, all they know how to do. STAY!