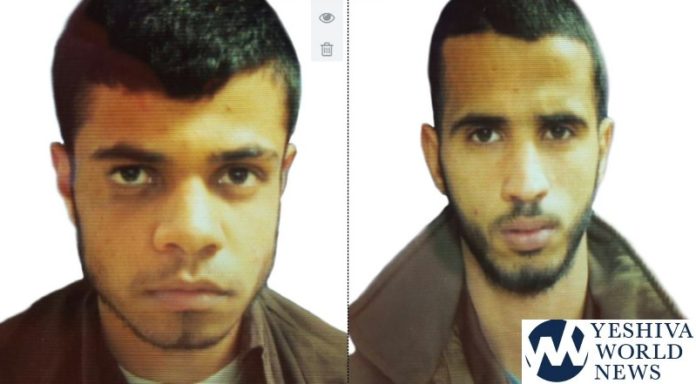 Hamas is encouraging and sending protestors to the fence area in order to commit violent acts and damage security infrastructures as has been seen of late, and today, Monday, 29 Iyar. Iran is transferring funds to Hamas for violent action in Gaza fence area.

The following has been received from the investigation of Gazans who have been arrested upon infiltrating into Israel: The report has been released by the Shin Bet Spokesman Unit.

Yahiya Eijle, 19, a resident of Gaza City and Hamas member, was arrested on 29 April 2018 while making his way into Israel to steal a security camera and cut the Gaza Strip fence. From his investigation it was learned:

1. Hamas is instructing its activists to cut the fence and steal security cameras in order to sabotage and topple the fence and disrupt IDF activity ahead of “Nakba Day.”

2. Hamas in Gaza wants the activity to be seen in the international media as a popular uprising, and not as violent action led by its militants.

3. Hamas members, who are embedded among the residents of Gaza, are taking an active part in the violent protest activities along the fence every Friday in part by wielding firebombs, knives and large wire-cutters.

4. Hamas members supply Gaza residents with tires and assist them in setting them on fire in order to create thick smoke to agitate residents and persuade them to infiltrate into Israeli territory, throw firebombs and prepare kite-borne firebombs to be handed over to violent militants.

It has also been learned that Hamas terrorists themselves are prohibited from approaching the fence lest they be killed or captured by the IDF. However, ifs the fence is breached, then they are to enter Israeli territory armed – under cover of the mob – and carry out attacks.

Salim Abu Daher, 21, a resident of Gaza, was arrested on 28 April 2018 upon infiltrating into Israel in order to burn fields and groves.

* Another detainee said that Hamas encourages children and young people to cross the fence.

* Three Palestinian residents of Gaza were arrested by the IDF on 4 May 2018 after crossing the fence into Israeli territory. One of the infiltrators told his Shin Bet investigators that Hamas militants in civilian clothes encourage children to try and cross the fence in order to steal IDF equipment. Thus, the event on 4 May in which a 13-year-old youth was wounded while taking part in an attempt to infiltrate into Israeli territory in order to steal a security camera at Karnei Crossing, east of Gaza City.

The foregoing attests to the cynical and potentially life-threatening exploitation of innocent children and civilians by Hamas in order to vandalize and steal civilian and security equipment / infrastructures on sovereign Israeli territory.

The IDF and the Shin Bet will continue to defend the security of Israeli citizens and sovereignty and, to this end, will take resolute action to thwart attempts to infiltrate into Israeli territory.