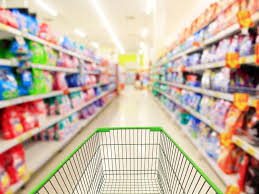 The Tel Aviv Magistrate Court rejected an appeal filed by the chareidi Bar Kol supermarket chain, which was fined NIS 309,000 for having some 1,000 items without displaying their prices as required by law. The fine was levied by the Consumer Protection Authority.

In 2015, the authority visited five of the chain’s supermarkets, in Netanya, Rehovot, Beit Shean, Elad and Rechasim. It was quickly noticed that items did not exhibit their price as required by law. This was the case with over 1,000 items checked. Regarding two items, the price on the item differed from what was charged at the register. There were also items priced NIS 9.99, which is illegal too as it was ruled deceptive and, in this case, the law compels writing NIS 10.

Consumer protection officials explain the fine is actually low considering the widespread violations. Bar Kol appealed, stipulating the fine was excessive and imposing a fine on a group of products is a disproportionate act. The supermarket also claimed the fine was imposed too soon after the pricing law was amended and there was not enough time to price everything.

Judge Rachel Arkobi rejected the claims of the supermarket chain and wrote in the verdict, “I agree with the respondent that precisely when a large number of consumers visits a chain, the chain of stores must be concerned and make sure that it is indeed the one who is observing the provisions of the law.”