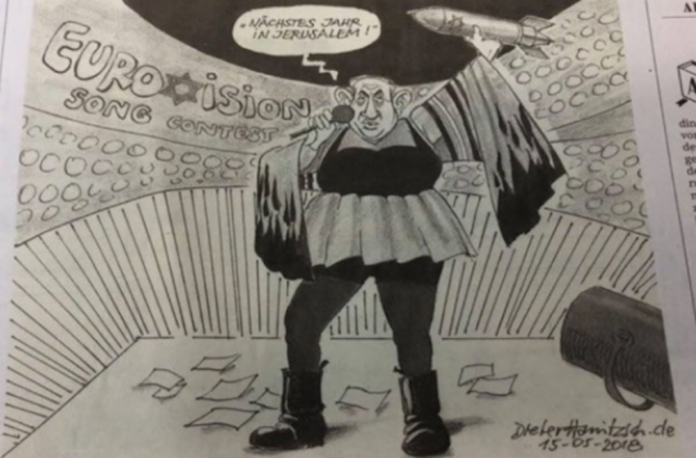 Felix Klein, who was appointed this year amid concerns over rising anti-Semitism, told the Bild newspaper on Thursday that Tuesday’s cartoon in Munich’s Sueddeutsche Zeitung in the aftermath of the U.S. decision to move its embassy in Israel to Jerusalem recalled “the intolerable depictions of Nazi propaganda.”

The drawing depicts Netanyahu dressed as Israeli singer Netta Barzilai, who won this year’s Eurovision song contest. The heart that forms the “v” in Eurovision is replaced with a Star of David and Netanyahu is hoisting a missile in his hand, saying “next year in Jerusalem.”

Sueddeutsche Zeitung has apologized for the caricature.