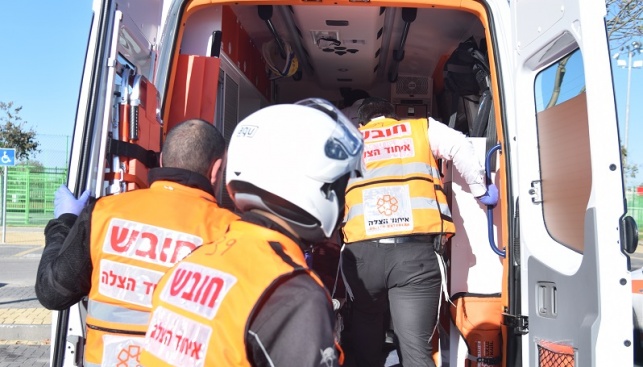 A woman, approximately 90 years of age was declared dead on Sunday afternoon after she apparently drowned in the Dead Sea near Herods Hotel just south of Ein Bokek.

Emergency first responders from Magen David Adom and United Hatzalah responded to the emergency and attempted to resuscitate the woman with no success.

United Hatzalah volunteer EMT Ariel Giat who treated the woman said: “While I was staying at a nearby hotel, I received an emergency alert from United Hatzalah’s dispatch and command center alerting me that a lifeguard had pulled an older woman from the water of the Dead Sea. When I arrived at the scene I found a woman who was not breathing and who had no pulse. I performed CPR on her until the crew of the mobile intensive care ambulance arrived and unfortunately pronounced the woman’s death.”

It is commonly thought that one cannot drown in the Dead Sea, due to the water’s high salt content that causes swimmers to float. However, if one flips over onto their stomach, it can be difficult to get your head out of the water due to the very same buoyancy, as one has a more difficult time putting their feet down and picking their head up.

In an interview with Ha’aretz newspaper numerous years ago, Yaniv Almog of the Soroka Medical Center in Beersheba said: “It is impossible to sink in the Dead Sea and drown in the ordinary method by being pulled under the water. However, some can trip, fall and swallow the water.”