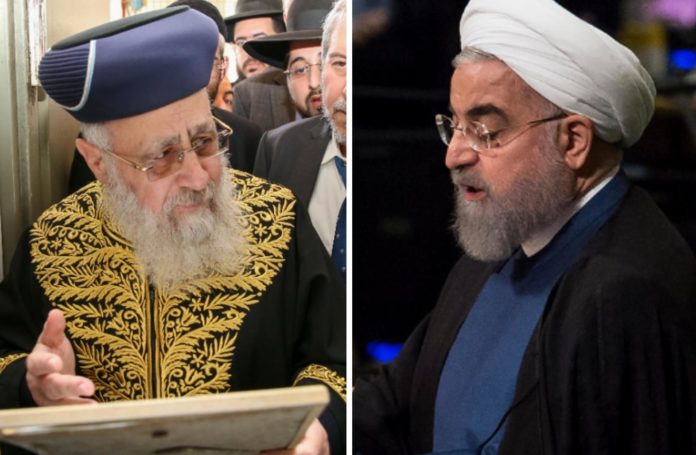 A political faux pas occurred on Sunday evening in Israel when a pre-recorded broadcast on Channel 11 news asked young children to identify which people come from Iran from a group of photos. Among the photos presented was Israeli Sephardic Chief Rabbi, Hagaon Harav Yitzchak Yosef. Rabbi Yosef’s photo was presented next to the photo of Iranian President Hassan Rouhani.

MK Michael Michaeli from Shas was outraged at the comparison. “Just the notion that these two people, one of the Gedolei Yisroel and one of the greatest haters of Israel could ever be compared is outrageous and insulting. From Israel’s new broadcasting authority, (which runs channel 11)  I would have expected far better.”

Journalist Amir Ivgi who tweeted the video wrote: “This was amusing in the public forum. Showing children pictures of the two personages and asking them to say whether each was Iranian or not Iranian. Wait a second, this is the same place that was shocked and appalled by children who had been hurt by hearing the words “Shema Yisroel and Ve’ahavta L’Reiacha…”