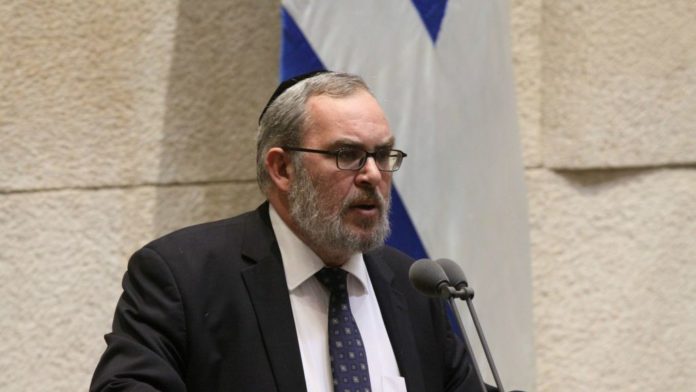 The joint committee headed by MK David Bitan held a discussion on a bill, which seeks to significantly reduce the number of water corporations and return the management of the water sector to local authorities that have financial strength.

At the beginning of his speech, MK Yaakov Asher mentioned the agreements he had reached with the Water Authority after many discussions in the economic committee headed by MK Eitan Cabel, to consider consumers and limit the cost of replacing the old water meters with digital meters that are suitable for use on the Sabbath, up to only NIS 150 as prior to this agreement, the cost of the new meters were hundreds of shekels more.

According to him, the local authorities consider the needs of the residents more than the water corporations and it turns out that if the authorities were managing the consumption of water could be reduced even more the cost of mass change of water meters.

MK David Bitan, who ran the meeting, supported MK Asher’s request and said that consumers should be relieved not to charge them exorbitant prices of hundreds of shekels for each replacement of a meter.

Referring to the bill itself which seeks to reduce the number of water corporations in the cities, MK Asher said that in cities that have financial strength, he recommends allowing them to choose whether they want to manage water consumption independently without the use of an external corporation, because in the end the consumer price may be lower without external involvement.

Interior Ministry officials know in which authorities the issue is running properly and can rely on the municipalities to manage the water consumption themselves and in what authorities the situation is inadequate, and infrastructure and water pipes are not maintained and must be a corporation or body responsible to ensure the maintenance of the water issue properly.

MK Asher added that the main problem is the water prices set by the Ministry of Finance and the Water Authority, and the immediate need is a reduction in prices, which are often determined by external considerations, regardless of the real cost of water

MK David Bitan responded to MK Asher’s statement at the end of the discussion and said that it is indeed necessary to distinguish between strong authorities that should be allowed to manage the water consumption of the residents independently and the weakened authorities that need to worry mainly that the water sector be managed professionally.