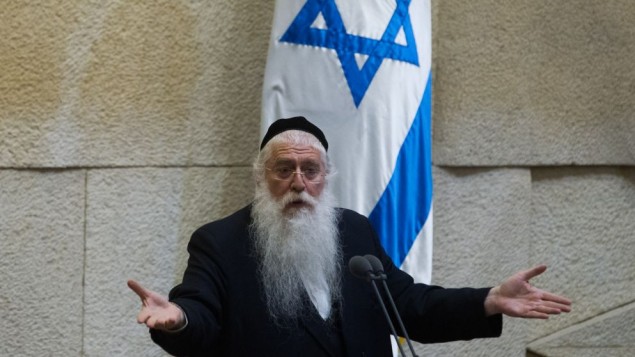 Deputy Minister Meir Porush remains adamant in his position ahead of discussion on the government’s new draft law, which was recently submitted by the committee headed by Moshe Nissim.

During meetings with public officials in Knesset, Porush stated, “The government proposes to reduce the funds of yeshivas, contrary to his belief that the Torah is the protector and rescuer. The heads of state have their merit for their share in the maintenance of the Torah, but it is clear to everyone that the cut, if it will, will not deter us from fulfilling the commandments of our rabbis and the decision of the Moetzas Gedolei Hatorah and if they so instruct us, even at the cost of cuts or halting support [for the coalition].”

The Shlomei Emunim-affiliated HaMevaser newspaper reports “The Yeshivos HaKedoshos are the souls of Am Yisrael and the secret of our exitance from the days of Avraham Avinu, Yitzchak and Yaakov, and continued all the years of the galus as there never ceased to be a yeshiva, all the more so in Eretz HaKodesh”.

Deputy Minister Porush stresses the continued limud Torah is the “only guarantee of the existence of Judaism and the promise of the future generation, and therefore, any threat regarding sanction, will not affect the decision that will be made”.

Responding to those who feel they should accept the plan based on the fact if the High Court of Justice decides, it will be much worse. He stated, “Even the fear of the High Court must not compel us to agree with something that will result in a hindrance and complications in the future”.