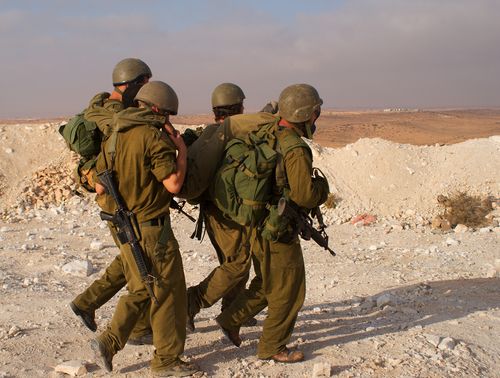 An IDF reservist was seriously injured on Monday night, the eve of 13 Tammuz, in an operational mishap in Kiryat Arba.

The incident began with the detection of a suspicious person trying to get over the city’s security fence. The alert was sounded of an attempted infiltration into Kiryat Arba.

IDF forces responded and it was learned that a Jewish youth decided to jump the fence. One of the members of the first response team activated by the alert was seriously injured in an accident during his response.