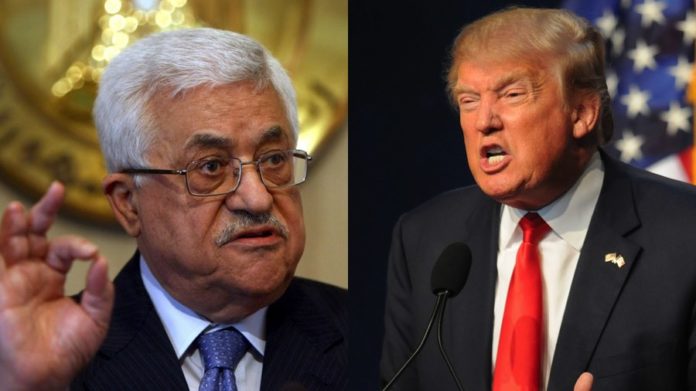 The United States is ending its decades of funding for the U.N. agency that helps Palestinian refugees, the State Department announced Friday, a week after slashing $200 million in bilateral U.S. aid for projects in the West Bank and Gaza.

The U.S. supplies nearly 30 percent of the total budget of the U.N. Relief and Works Agency, or UNRWA, and had been demanding reforms in the way it is run. The department said in a written statement that the United States “will no longer commit further funding to this irredeemably flawed operation.” The decision cuts nearly $300 million of planned support.

It comes as President Donald Trump and his Middle East pointmen, Jared Kushner and Jason Greenblatt, prepare for the rollout of a much-vaunted but as yet unclear peace plan for Israel and the Palestinians, and it could intensify Palestinian suspicions that Washington is using the humanitarian funding as leverage.

The Palestinian leadership has been openly hostile to any proposal from the administration, citing what it says is a pro-Israel bias, notably after Trump recognized Jerusalem as Israel’s capital in December and moved the U.S. embassy there from Tel Aviv in May. The Palestinian Authority broke off contact with the U.S. after the Jerusalem announcement.

In 2016, the U.S. donated $355 million to the UNRWA, which they claim “provides health care, education and social services to Palestinians in the West Bank, Gaza Strip, Jordan, Syria and Lebanon”, and it was set to make a similar contribution this year. In January the Trump administration released $60 million in funds but withheld a further $65 million it had been due to provide. The remaining amount – around $290 million – had yet to be allocated.

“When we made a U.S. contribution of $60 million in January, we made it clear that the United States was no longer willing to shoulder the very disproportionate share of the burden of UNRWA’s costs that we had assumed for many years,” the statement said. “Several countries, including Jordan, Egypt, Sweden, Qatar, and the UAE (United Arab Emirates) have shown leadership in addressing this problem, but the overall international response has not been sufficient.”

The statement criticized the “fundamental business model and fiscal practices” of UNRWA, and what the department characterized as the “endlessly and exponentially expanding community of entitled beneficiaries.”

Last Friday, the State Department announced the U.S. was cutting more than $200 million in bilateral aid to the Palestinians, following a review of the funding for projects in the West Bank and Gaza. Palestinian President Mahmoud Abbas’ spokesman called that U.S. decision an attempt to force the Palestinians to abandon their claim to Jerusalem.

On Saturday, the chief Palestinian negotiator said these steps are aimed at imposing outcomes for two of the most sensitive issues in the conflict with Israel — the fate of Jerusalem and the plight of Palestinian refugees — without negotiations.

“What is the American administration doing? They are pre-empting, prejudging issues reserved for permanent status,” said Saeb Erekat, the chief Palestinian negotiator.

“They are undermining the moderate forces in Palestine and Israel,” he added. “Those elements that want to achieve peace peacefully based on a two-state solution are being destroyed.” He said extremists across the region had been given “gifts.”

Abbas’ spokesman, Nabil Abu Rdeneh, said the U.S. decision “does not serve peace but rather strengthens terrorism in the region” and urged the U.N. to take a “firm stand” against the Americans.

In Gaza, Hamas spokesman Hazem Qassem accused the United States of going after UNRWA to eliminate the Palestinian right to return to their future homes.

“It’s clear that Trump has shifted from taking sides with the Israeli enemy to being a partner in the assault on our Palestinian peoples’ rights,” he said. “All these decisions will not stop our people’s struggle to gain freedom and return.”

Speaking before the announcement on UNRWA, its representative in Washington, Elizabeth Campbell, said the withdrawal of U.S. funding would leave the agency facing a financial crisis, but noted that Saudi Arabia, Qatar, the United Arab Emirates and others have provided more than $200 million in new funding to help cover its budget this year.

In recent days, senior Trump administration officials publicly expressed dissatisfaction with UNRWA but stopped short of saying the U.S. would defund the agency.

On Tuesday, Nikki Haley, the U.S. ambassador to the United Nations, complained that “Palestinians continue to bash America” although it’s the main donor for UNRWA. Speaking at the Foundation for Defense of Democracies think tank, Haley also said, “we have to look at right of return” of those classified as Palestinian refugees. She called on Middle East nations to increase aid.

The State Department statement said the U.S. will intensify dialogue with the United Nations, host governments and international stakeholders about new models and new approaches to help Palestinians, especially schoolchildren, which may include direct bilateral assistance from the U.S. and others.

In Lebanon on Friday, the U.N. refugee agency’s commissioner, Filipo Grandi, ruled out taking on the Palestinian refugee issue. “No! The Palestinians in the region are the responsibility of UNRWA,” he said.

UNRWA’s spokesman, Chris Gunness, said the agency expressed “deep regret and disappointment” with the U.S. decision. He rejected “in the strongest possible terms” the U.S. accusations that its operations are flawed.

“These very programs have a proven track record in creating one of the most successful human development processes and results in the Middle East,” he said.

The European Union, the largest contributor to UNRWA with its member states, urged the U.S. to reconsider its “regrettable decision.” It said it would continue its assistance to the agency and discuss funding alternatives with other partners.