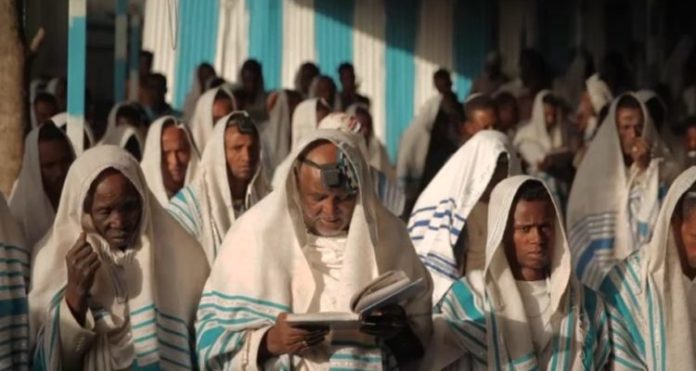 The Cabinet of the Israeli Knesset approved a plan on Sunday that would see an additional 1,000 Falashmura Jews from Ethiopia be brought to Israel. The Falashmura are Ethiopian Jews whose ancestors converted to Christianity, often under duress, many generations ago.

The Falashmura are a tribe, in Ethiopia numbering in the thousands, approximately 8,000 of whom have relatives in Israel and have been waiting for almost two decades to immigrate.

Only tribe members, with family already in Israel, are included in the cabinet decision. The remaining 7,000 people face an unclear future.

Moshe Kahlon, who heads the Finance Ministry said: “The cabinet decision we made today to bring the Falashmura to Israel is a just one. The Declaration of Independence states that the State of Israel will be open to Jewish immigration and the ingathering of exiles. There are no budgetary, bureaucratic or political considerations when it comes to aliyah,” he added.

Representatives for the Ethiopian Jewish community in Israel said that they were saddened by the government’s decision to only bring 1,000 of their people home. “We are happy that an end is being put to the suffering of 1,000 members of the Ethiopian Jewish community, but we are far from satisfied with this partial implementation of a decision. The government and its leader chose to play with the lives of people, and arbitrarily chose 1,000 out of the remaining 8,000.”

The Interior Ministry of Israel does not consider the Falashmura to be Jewish. Therefore, the group’s members cannot qualify for the Right-of-Return. Therefore, the group members must wait to receive special permission from the Government to enable them to immigrate to the country.

According to the decision by the Cabinet, conversion services will be provided to the new arrivals and that they will receive all the benefits that the current members of the Ethiopian community in Israel currently enjoys.

Meanwhile, MK Beztalel Smotrich sent a letter to the prime minister and ministers calling for a halt to the move, claiming that these relatives are not Jewish by all accounts.

According to him, this would harm the status quo, by means of an excessive expansion of the circle of relatives entitled to immigrate to Israel as part of the proposal for the government’s decision.

According to the Law of Return, it is possible to immigrate to Israel of a son or grandchild of a Jew and their spouse, even though they are not Jewish.

“This is too broad and problematic enough, but even according to the approach determined by the legislator, the right to enter Israel is not granted to a person who is a parent of an immigrant by virtue of return, to the brother of such immigrant or to his adult children who are not Jewish,” as Smotrich explains the language of the law.

“For example,” he explains, “a spouse of a Jewish grandchild is entitled to immigrate to Israel by virtue of the Law of Return, and later to bring with him his minor children from a previous marriage (i.e. those whose only relationship to the Jew is that they are stepchildren of the Jew). But these spouses are not allowed to bring their adult children to Israel from a previous marriage, let alone their parents and siblings.”

Smotrich cites that in 2016, the government approved the aliyah of 1,300 family members who were waiting in Ethiopia, including parents, siblings and grown children of those who made aliyah to Israel and are affiliated with the Falash Mura.

It should be emphasized that the government decision is required since these are persons who are not entitled under the Law of Return according to any existing criteria. “They are not Jewish, they are not married to Jews, they are not the sons of Jews and not the grandchildren of Jews. By the same token, it is possible to make a government decision to bring everyone else on the globe” he states in his letter.

According to him, this practice may develop into the demand to bring more and more family members closer and closer, since the moment a relative in the family immigrates to Israel, he becomes the anchor of the demand from his relatives.

This practice will also not stop in relation to the Falash Mura community and will serve as a basis for an endless expansion of family members from anywhere in the world.

How will the state explain in the High Court of Justice the distinction it makes between immigrants belonging to the Falash Mura community and immigrants from the former Soviet Union, for example. How can the state justify in the High Court of Justice refusal to bring such relatives of those entitled to the Law of Return from other countries on aliyah?

“I call on you to immediately stop the expansion [of the criteria] and to remove this from the cabinet agenda,” concluded Smotrich.

Despite Smotrich’s letter, the cabinet approved the decision. Under the decision, the Interior Minister will be assigned the responsibility of evaluating and approving the entry of candidates who meet the criterion of having children who entered Israel as per previous government decisions regarding the Falash Mura community. In the framework of the decision, the parents will be able to bring with them their partners and their unmarried children who do not have children.